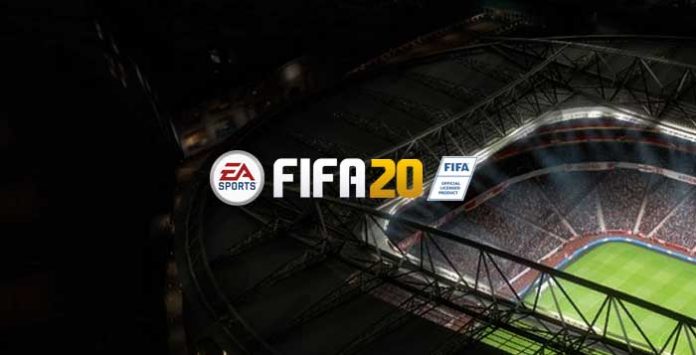 Following the release of FIFA 2020 back in September, the Ultimate Team market possesses remarkable value for money across numerous Premier League players. While opening packs right from the off is, of course, an available option, some gamers prefer a road-to-glory style experience in which in-game squad building and patience form the foundations of their yearly FIFA strategy.

As England’s top-flight is often a go-to league for those seeking to build their very first team, we’re going to pick out a couple of must-have additions for any start-up squads. Additionally, we’ll also consider how EA continuously ensure repeat custom among Ultimate Team players.

Divock Origi
After his heroics in last season’s Champions League semi-final for Liverpool against Barcelona, Divock Origi quickly became a household name throughout the football world. Moreover, he also represents an intriguing option for a Premier League-based Ultimate Team. Depending on which platform you game on, the Belgian costs 1,800 coins at most and possesses many attributes that can help fire any squad through the online divisions.

Regarding his statistics, the 24-year-old striker, with the basic chemistry style, has a base rating of 78 when it comes to shooting. However, when you delve deeper into the specific stats, the 6-foot-2-inch attacker has 77 finishing, 83 positioning and 86 shot power. However, if you apply the deadeye style to Origi, then the bulk of his attacking stats surpass a rating of 90. Crucially, with 82 strength, the Belgium international is likely to be a handful for many opposing defenders.

Jack Grealish
To maximize the chances of your striker regularly finding the net, you need a skillful creator behind them to feed them the ball in dangerous areas and, for a maximum of 600 coins, Jack Grealish could be just the player. Although the Aston Villa midfielder’s card is rated at only 77, his four-star skills and three-star weak foot make him an unpredictable option to have.

With 83 vision and short passing, along with 90 agility and 86 ball control when the basic chemistry style is applied, the in-game attacking midfielder has the attributes to carve open AI and multiplayer defenses. In addition to his base card, the Englishman received an 81-rated left-wing in-form after contributing to seven goals in 12 Premier League appearances. For 13,000 coins, his upgraded version may be a plausible option further down the line for new players.

Why is Ultimate the Game Mode of Choice?

Over the last few years, more and more players have opted to switch to Ultimate Team from the franchise’s ever-popular Career Mode. One of the primary reasons why such a change occurred can be linked to the rewarding aspects of Ultimate Team that are lacking in alternate offline game modes. After participating in either the week-long or weekend leagues, users are then given a choice of either coins or free packs as a reward for playing and as an incentive to continue with Ultimate Team.

This style of incentivized gaming, which is now becoming central to mainstream platforms, has long been utilized within the iGaming sector. While there are many pokies types available at various online platforms, such as Casino Dingo and Ramses Gold, prospective users are offered a variety of promotions including first deposit and welcome bonuses, along with free spins across numerous slot titles to keep the extensive array of choice as entertaining as possible.

While Divock Origi and Jack Grealish represent two plausible options for new start-up teams, it’s worth browsing the market to find other players who represent genuine value for money. Moreover, with the possibilities surrounding chemistry styles, it may also be worth exploring their capabilities on affordable players rather than spending your entire budget on a more costly upgrade.