FIFA World Player of the Year Alex Morgan will join Lionel Messi on the FIFA 16 cover of United States this Summer.

Alex Morgan will join Messi on the FIFA 16 cover of United States, that will be on the stores at September 22, for all platforms.

On Sunday, July 5, Alex Morgan and her US women’s national team mates lifted the FIFA Women’s World Cup in front of millions of fans around the world. Dressed in her USWNT kit, she joins now to the global cover athlete, FC Barcelona’s Lionel Mession the FIFA 16 cover of United States. Although only 26 years-old, Alex has quite the pedigree. Since joining the national team in 2010, she has made 91 appearances with 52 goals. In addition to her recent World Cup medal, she won gold at the 2012 London Olympics, was 2012 US Soccer athlete of the year and a finalist for FIFA World Player of the Year.

Along with Christine Sinclair from the Canadian national team and Stephanie Catley of the Australian national team, the trio becomes the first women to grace the cover of a FIFA title.

“As soon as we knew Women’s National Teams were joining FIFA 16, we immediately recognized that Christine and Alex would be the perfect cover athletes based on their accomplishments and what they represent for their respective countries and the sport of women’s soccer,” said David Pekush, Sr. Manager of North America Marketing for EA SPORTS. “They are exhilarating players and exude heart and courage on the pitch, and we are extremely proud to be working with them this year.”

Alex helped the EA SPORTS FIFA team develop women’s national teams in FIFA 16. Along with other members of the US national team, they visited their studio in Canada where they spent time with their motion-capture team recording footage to use in-game.

Last year, Clint Dempsey was the player who joined Messi in the special cover of Unites States of America.

Here it is the FIFA 16 cover of United States featuring Alex Morgan: 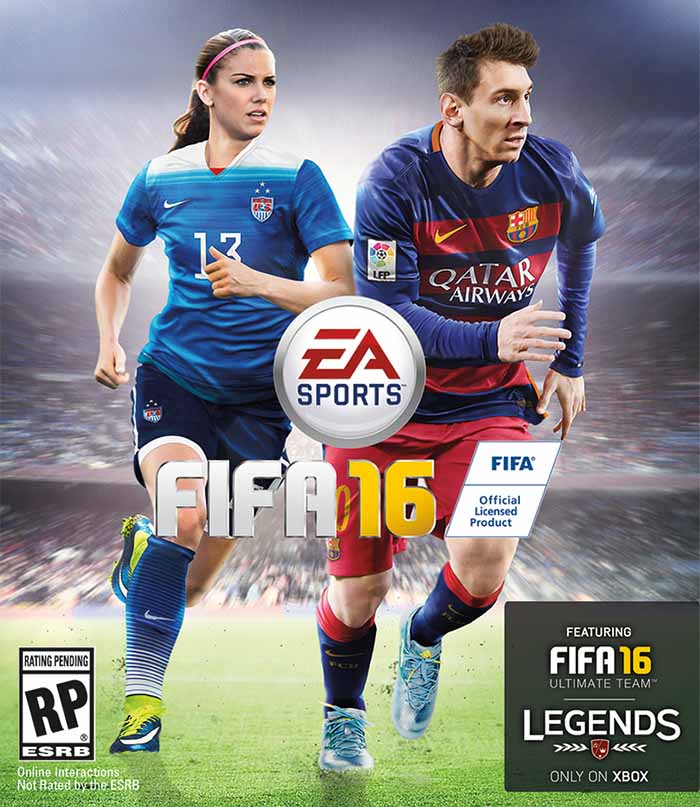