Ajax’s Arek Milik will join Lionel Messi on the FIFA 16 cover of Poland this Summer.

Ajax’s Arek Milik will join Messi on the FIFA 16 cover of Poland, that will be on the stores at September 24, for all platforms.

Milik began his career as a youth player for Rozwój Katowice and played in the reserve team in the 2009–10 season. On 23 October 2010, the 16-year-old made his III liga debut when he scored two goals in a 4–0 victory over KS Krasiejów. In November, he went on trial at Górnik Zabrze, where he scored one goal in two appearances for the club’s Młoda Ekstraklasa team. In winter, he and his team mate Wojciech Król were on trial with Reading, Tottenham Hotspur, and Legia Warszawa. Milik ended the season with ten appearances and four goals for Rozwój Katowice. On 17 December 2012, Bayer Leverkusen confirmed that they had signed Milik on a contract until summer 2018. The transfer fee amounts allegedly €2.6 million. On 30 August 2013, FC Augsburg signed him on a one-year loan deal. His spell in Augsburg can at best be described as moderately successful. He was capped in 18 matches, but started just five. However, he scored an equalizer in the 88th minute in a 2-2 home draw against Borussia Mönchengladbach, helping Augsburg achieve a vital point. On 15 May 2014, it was announced that he would spend the 2014/2015 season on loan at Dutch champion Ajax Amsterdam. Leverkusen also granted Ajax a one-sided purchase option for summer 2015. On 24 September 2014, Milik played in the first official Amsterdam derby to be contested since 1983 when Ajax took on JOS Watergraafsmeer in the KNVB Cup. Milik earned the “Man of the Match” award after scoring 6 out of the 9 goals and assisting a further 2 in the Olympic Stadium. On 1 April 2015, it was announced that Ajax reached agreement with Bayer Leverkusen and Milik will join the Dutch club in the summer on four-year deal. On 26th June 2015 it was announced Arek Milik would replace Kolbeinn Sigthorsson as number 9 for the 2015-2016 season, switching from kit number 19 to 9.

The 21 year-old will grace the cover wearing the team kit from Poland and will share the spotlight with global cover athlete, Lionel Messi. Last year, Robert Lewandowski was the player who joined him in the special cover of Poland.

Here it is the FIFA 16 cover of Poland featuring Arek Milik: 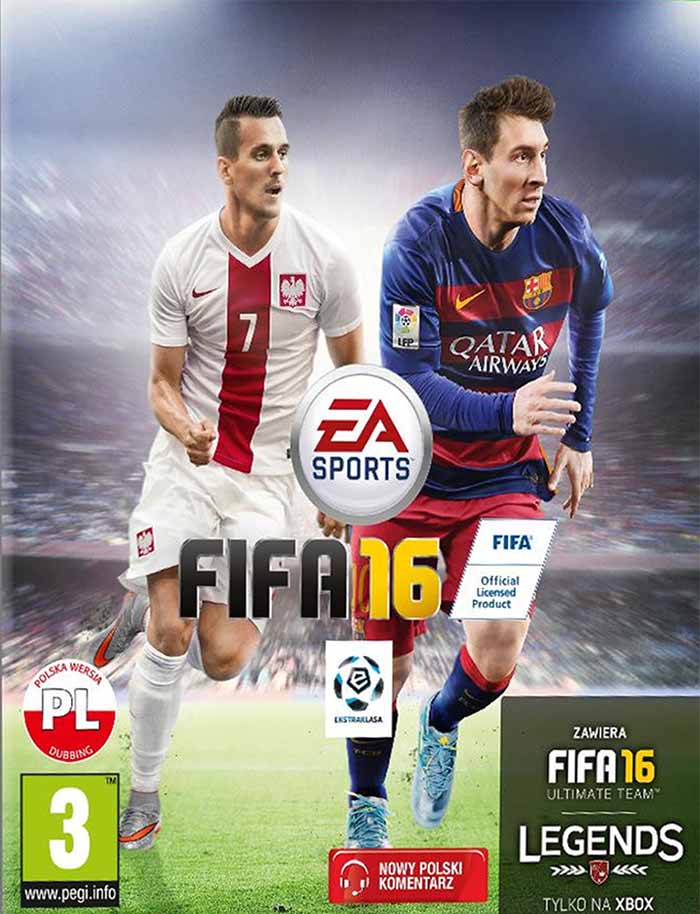