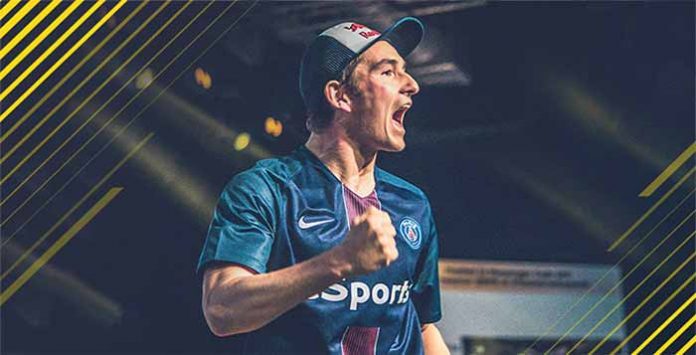 August ‘Agge’ Rosenmeir is one of the best FIFA players of the world. Take a look to his interview now that eSports and FIFA 17 Champions Series are becoming more and more popular.

It was back in 2013 when August “Agge” Rosenmeier knew he had what it took to become a professional FIFA player. “After winning a local tournament called the Copenhagen Games I got three offers from eSports organizations and knew I had potential,” said Rosenmeier.

The 20-year-old’s career has taken off from there, with opportunities available to him that he could only dream about when beginning his journey, including a chance to meet Cristiano Ronaldo and Lionel Messi.

“It was unreal and surreal to meet them,” he said in an interview with EA SPORTS™. “That was when I realized how big FIFA has become, and how far the game has brought me – and that it changed to become more than just a game for me.”

Rosenmeier boasts a formidable resume that has made him a player to watch at the Regional Final of the FIFA Ultimate Team Championship Series in Paris. Most recently Agge captured the title at the FUT Champions DreamHack Winter 2016 competition last November, to go alongside four Nordic Championships, six Danish Championships, a Legia eSports Cup, and an ESWC title win in 2015. But Agge cites a come-from-behind 3-1 victory over Dave Bytheway in the FIFA Interactive World Cup 2014 final in Rio de Janeiro as his most memorable match to date.

His journey that began years ago had another milestone in October of last year, with the Danish youngster signing with French giants Paris Saint-Germain F.C. It was a life changing moment for Rosenmeir, whose nickname comes from his days as a schoolboy. “I definitely have got more attention from the media, I feel like more people know me, and that has opened more doors for me all over the world. It’s a huge change in my life, to be honest.”

A friendly and approachable player, Agge points to his family as one of the main reasons he’s been able to embrace his exciting new life in a humble manner. But this attitude doesn’t keep him from trying to dominate once he starts a match. In terms of playing style, Agge considers versatility as one of his biggest strengths. “I have a flexibility in my game which allows me to change my gameplan during games if necessary.” His current role on a PSG team stacked with young talent is that of a mentor, because even at 20, he’s a veteran of the FIFA competitive scene. His teammates are a group to watch, including rising phenom Lucas “DaXee” Cuillerier, who captured the ESWC title in 2016. “The only thing I have told him before he went all the way to the ESWC final was to trust his abilities and stay calm and hungry for the title.”

As we look towards the Paris Regional Final, Agge is one of the favourites in the Xbox One division. A knockout round match with Spencer “Gorilla” Ealing is a possibility, and the two players are quite familiar with one another. “Gorilla is definitely a rival; we have had a lot of tough games and he is always a player I’m watching carefully at tournaments,” said Rosenmeir. Tim Latka and Ivan Lapanje, who will be also competing in Paris, are two other players on his radar. While he has enjoyed a considerable amount of professional success in recent months, it has been a tough stretch for him personally. Those moments have helped the Dane keep things in perspective. “I lost a person in my life who meant so much to me, and it affected me a lot,” he said. “It was hard to stay focused and to not think about it, but it helped to motivate me even more in the end, and I have come stronger out on the other side.”