This FIFA 17 Ultimate Team Champions Finals weekend is over. Find out what happened in Berlin.

The FIFA 17 Ultimate Team Championship Series has come to a close and what a ride it was. Drama, upsets and new stars being born were the main storylines in Berlin as we crowned the best FIFA player in the world.

Over the course of seven events that took place around the world we saw incredible action. In the end, the best of the best converged in Berlin, Germany to determine who the top FIFA 17 Ultimate Team competitor was. The answer came from Ornans, France, the hometown of Corentin “Vitality Rockyy” Chevrey. Chevrey captured the Ultimate Team Championship crown in a spirited two-legged affair that was worthy of a final.

During the road to Berlin, we saw six players lift regional titles. However, none of them was able to replicate their success at the Ultimate Team Championship in Berlin. Daniele “Prinsipe” Paolucci, Giuseppe “GUASTELLA” Guastella, Aldossary “MSdossary7” Mossad, and Khalid “ThE RoYaL” Aloufi were unable to qualify for the knockout rounds. exiting the competition after the group stage. Only Tassal “Hashtag Tass” Rushan and Rafael Salles “Rafifa13” Leite Fortes, progressed to the knockout rounds. The PSG player, Rafifa13 was the Regional Champion who made it the furthest in the competition reaching the Lower Bracket semifinal in the Xbox One Division, while the Hashtag United man Tass, one of the heavy favourites in the competition, concluded his tournament one round earlier than PSG Rafifa13. The group of players that qualified for Berlin proved that the field is extremely balanced and on any given day, anyone can be beaten.

Vfl Wolfsburg player Timo “TimoX” Siep experienced heartache in the Season 1 Europe Regional Final as the German youngster lost in heartbreaking fashion in the PlayStation 4 Divisional Final against Cihan “S04_Cihan” Yasarlar. It was time for redemption for TimoX in his home country but the teenage sensation once again suffered heartbreak when he lost in the PlayStation 4 division final at the adidas The Base Berlin. After qualifying in second place in his group, TimoX was sent down to the lower bracket in the Quarterfinal round after losing 2-1 against Bob “KINGEP” Van Uden. He responded, however, beating the likes of Reinhard “rein10” Krause, Cihan “S04_Cihan” Yasarlar, Tim “TheStrxngeR” Katnawatos and Johann “Maniika” Simon on his way to the PlayStation divisional final. He would eventually fall to Shellzz on penalties. Though he couldn’t take the final step in Berlin, it was an excellent tournament for the Wolfsburg man as he continues to establish himself as one of the elite FIFA players in the world.

At the Season 1 Europe Regional Final in Paris, Shaun “Shellzz” Springette surprised many when he finished third in the PlayStation 4 division. Going to Berlin, there were little expectations for the teenager. Getting out of the group stage was his goal, however, his Cinderella story continued to flourish in Berlin as Shellzz not only got out of the group stage but remained unbeaten all the way to the PlayStation Division Final where he was pitted against Timo “TimoX” Siep. In this clash of titans, it was the German Siep who beat Shellzz by a score of 3-1, however, as the Englishman remained unbeaten in the knockout round a second, and final match was forced. After a 2-2 draw, penalties were required to separate these two competitors. With $80,000 dollars on the line, it was Shellzz who prevailed by a score of 4-2 securing his spot in the cross-console grand final. In the Grand Final, Shellzz faced Corentin “Vitality Rockyy” Chevrey. Just as Shellzz was ready to win it all, fate threw him a curve ball by conceding a goal in the last minute that took the trophy off his grasp. It was a difficult pill to swallow for the British teenager who will use this disappointment as motivation to return to competition even hungrier for success. In times when competitive FIFA players being signed by professional football clubs and eSports organisations has become commonplace, there is no doubt that Shaun “Shellzz” Springette will soon join the pro-ranks. This kid has a long, successful competitive FIFA career ahead of him.

Things didn’t go to plan for many players when the Ultimate Team Championship Series kicked off in Paris. Spencer “Gorilla Unilad” Ealing was expected to be a force in France, but things didn’t quite go that way. After failing to exit the group stage questions about his ability began to rise. Was Gorilla truly one of the most dominant forces in the game? Those queries were answered in the Season 2 Europe Regional Final in Madrid, Spain where Gorilla advanced to the Grand Final after conquering the Xbox One division title. Though he would fall in the Grand Final match, Ealing’s statement of intent was clear: he’s still one of the best. Heading into Berlin we expected more of the same from Ealing and that proved to be correct. Dwelling in his natural habitat, Gorilla made another deep run, advancing to the Xbox divisional final where he would ultimately fall to the Ultimate Team Champion, Corentin “Vitality_Rockyy” Chevrey. In any case, Ealing capped off his 2017 campaign on a very strong note.Over six million players began the competition last November by qualifying online through the Weekend League. Fast forward seven months, and after thousands of goals, hundreds of online matches and six Regional Finals, only the top 32 FIFA players in the world gathered in Berlin for a chance to become the best FIFA Ultimate Team player in the world. With so many established and seasoned competitors in the player roster, it was difficult to pick winner. A champion was found in dramatic fashion when Corentin “Vitality_Rockyy” Chevrey conquered the field in Berlin. The Frenchman emerged from the Xbox One Division to win the trophy and US$160,000 after beating Shaun “Shellzz” Springette by an aggregate score of 5-4, including the last minute, championship-clinching goal. Vitality_Rockyy has been crowned France’s national champion twice but now, he can call himself a World Champion.

If you missed the Berlin FIFA 17 Ultimate Team Champions Finals of the FIFA 17 Fut Champions, you can watch the best goals here: 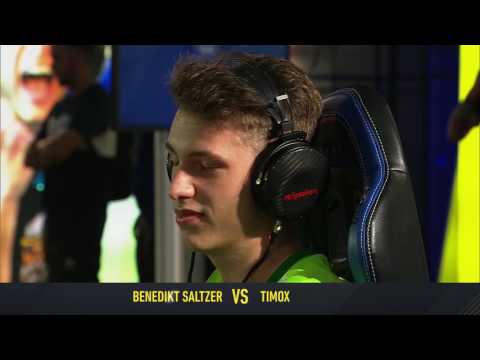 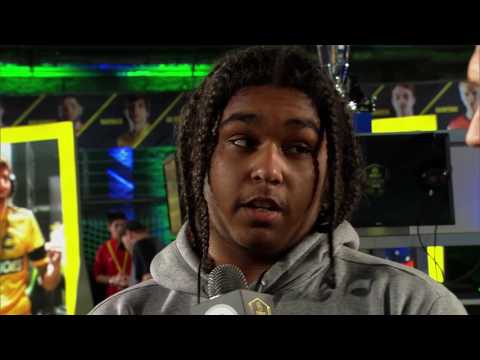 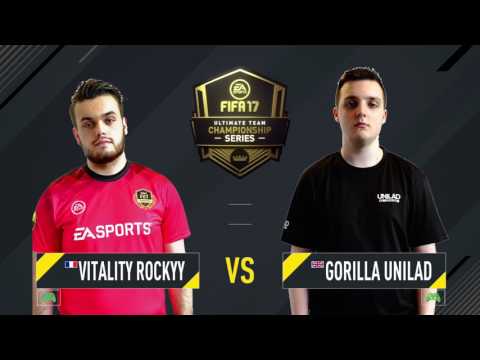