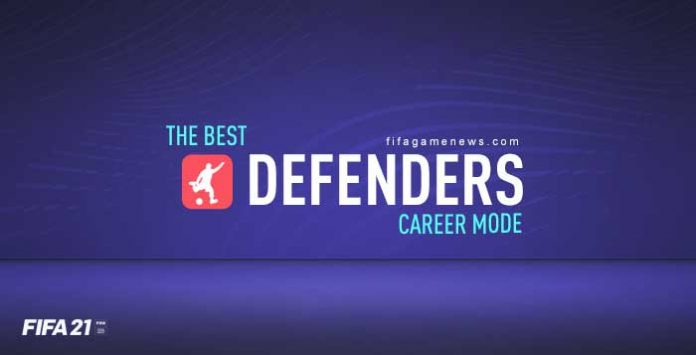 Are you building your squad but you are not sure about which centre backs and full backs you should buy? Take our suggestions of the best FIFA 21 defenders for Career Mode.

How to choose the Best FIFA 21 Defenders

In this article we suggest the best FIFA 21 defenders for Career Mode that you should be able to use in your club. Keep in mind that the best players for us may not be for you. It depends on your club, other players, formation, transfer budget, wages budget, play style, preferences, etc…

In our website we suggest defenders of two categories:

1 The Best of the Best
Ideal for unlimited wallets or for who wants the best.

Van Dijk is the best defender in the world. This centre-back has everything you need to keep your goal safe for many years.

One day he will probably be better than Van Dijk. Can you imagine that? Insane!

In this list, we have some young players who will be the best defenders in a few years. Older CBs like Sergio Ramos and Chiellini have no place in our choices. Koulibaly is in the middle of these two groups. It’s a solid centre-back, who play better than the young stars and is younger than the old experienced players.

There are so many good centre backs. Not all high-quality defenders achived this top 10. Marquinhos is one of the responsibles to left out Upamecano and other great talents out of this list. Varane should be proud.

Marquinhos must be one of the first buys in any major club. As simple as that. He is already one of the best defenders but the most impressive is his potential. Besides that, he also plays well as a CDM.

Is incredible to see someone of his age as the best right back. You will love everything in him.

It isn’t easy to find a top-quality player with this age like Wan-Bissaka. If you want to hire more English players, you also have Joe Gomez, who isn’t a native right back but can play on that position.

Almost every year, Ricardo Pereira has been rumoured to move to a bigger club. He is ones of the best fullbacks money can buy.

Cancelo is making part of our rankings for so many years. First, as a hot-prospect and now as one of best right-back money can buy.

They are all so young on this list. Carvajal is the exception. He still has many good seasons to play but his pace is not the same anymore.

Robertson had an another amazing season which help you the keep the top position he achieved last year. He is again the best left-back you can buy.

He is the type of player everyone loves. Balanced, fast, young and with a great potential, he is probably already in your list, right?

It is not normal to see so many young full backs with high potential. Ferland Mendy is just one of the best examples. With him in your team you don’t need anyone else. Hype!

Alex Telles has been rumoured with many clubs and it’s easy to understand why. He’s talented and on the last year of contract. At least, add him to your watch list.

Alba is still a very good option for any team. He’s not as fast as he already was in the past, but he still has other great skills.