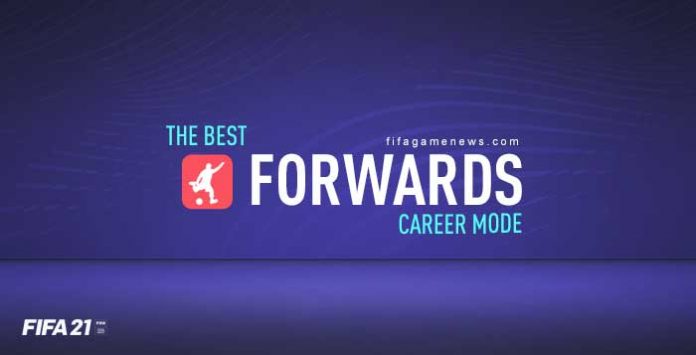 Are you building your squad but you are not sure about which SF or ST you should buy? Follow our suggestions of the best FIFA 21 strikers and centre forwards for Career Mode.

In this article we suggest the best FIFA 21 strikers and centre forwards for Career Mode. Keep in mind that the best players for us may not be for you. It depends on your club, other players, formation, transfer budget, wages budget, play style, preferences, etc…

In our website we suggest strikers and forwards of two categories:

1 The Best of the Best
Ideal for unlimited wallets or for who wants the best.

Dybala is the best centre forward you can buy to improve your team. He would not be cheap but quality is guaranteed.

João Félix is the best centre forward in the game. Period. Only Mbappé is better than him. The only reason why he is not on the top of this ranking is because he still has a lot to improve. If you need someone good for the first season, there are other better options.

Firmino is a top-quality forward that will only accept to move to your club if you pay a good wage. If you have a good budget, you should seriously consider to buy him.

He is currently the best centre forward in the world. However, he’s already 32 and you probably plan to play several seasons, right? If you don’t, go ahead and sign him.

There are no words to describe how good this striker is. With only 21 years old, he already is our favourite player!

What a season he had! We can’t remember someone with such amazing development in a single year: it went from a rating 68 to a 84 rating. Obviously you will find better strikers than him but don’t forget that he will keep growing a lot.

You can use Mbappé in this position but, if you want the best native striker, then you will need to play with Kane. He is not as fast as we would like but we still love him. He’s only 27 which means that you will be able to use him for many years.

Lautaro Martínez is one of the most interesting players this year. Pure class. We are sure that he will destroy a lot of defences.

Lewandowski is a true goal machine. We don’t like to select old players (that’s why Ronaldo is not on this shortlist), but with 32 years old and all his skills, Lewandowski is still one of the best strikers you can have on your team.