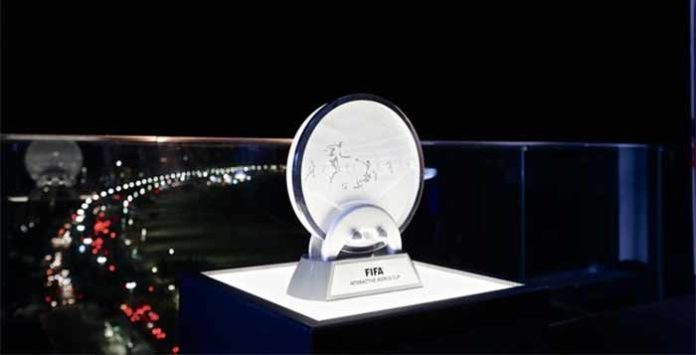 Have you spent the last couple of months perfecting your FIFA skills? If so, read on for more information about the FIFA Interactive World Cup.

Get involved with the FIFA Interactive World Cup

While the FIFA Interactive World Cup (FIWC17) kicked off October 1st, the qualification phase runs through until April 2017 — leaving plenty of time to get involved.

Pioneering a brand-new tournament format, the FIWC organising body have come together with FIFA Ultimate Team for the first time to create an innovative and interactive tournament format. You now have the opportunity to build your own squad, improve players throughout and play against some of the best FIFA competitors in the world — all through the Ultimate Team portal on your Xbox One or PlayStation 4.

Qualification is simple; work your way through regional monthly leaderboards (again, found on FUT section of the game) where the highest ranked players will move through to the regional events — also known as ‘the regionals’.

The venue for the ‘regionals’ is yet to be decided. However, as reported by Lucky Nugget, we have seen everything from gaming venues to football stadia utilised for previous eSports championships across various sporting and FPS titles.

There are three regional seasons, which route entry into two second-stage tournaments:

Ranking highly in one of the first two seasons will earn you entry into the FIFA Ultimate Team Championship Series, while finishing towards the top of the third season’s leaderboard will see you through to FIWC Regionals.

The FIFA Ultimate Team Championship has 8 Grand Final seats up for grabs, while the FIWC Regionals has 22. Two are also available from the FIFA Interactive Club World Cup, where more information on this, along with the rest of the tournament can be found here, on the Lucky Nugget Blog.