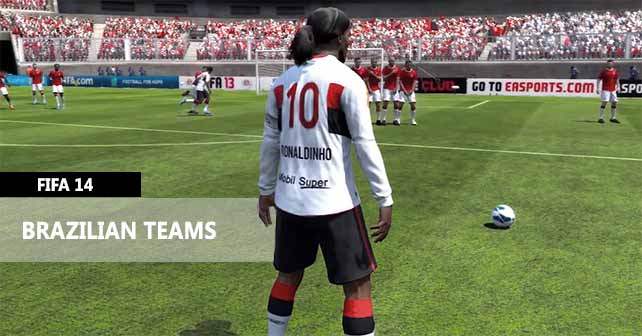 Do you want to know which Brazilian teams will included in FIFA 14? Now, you can get an idea.

EA are definitely trying to turn FIFA 14 in the most authentic FIFA game ever.

Adding the Blue Square Premier League was only one of the steps to that authenticity. EA are trying to add some other leagues and some new clubs. They had acquired the licences for so many of the Brazilian League teams last year and they are trying to do it better for FIFA 14. But they are not alone. Konami is doing the same and it can make the things a bit difficult to EA.

The website TechTudo has done some extensive research identifying which Brazilian football clubs will be licensed in FIFA 14 and in PES 2014.

Here is the list of Brazilian Teams that wil be included in FIFA 14 and PES 2014:

Palmeiras, one of Brazil’s top supported clubs, is not in this list because they were relegated to Serie B. However, they could make an appearance in FIFA 14 “rest of the World” section.