Christine Sinclair, the captain of the Canadian national team, will join Lionel Messi on the FIFA 16 cover of Canada this Summer.

Christine Sinclair will join Messi on the FIFA 16 cover of Canada, that will be on the stores at September 22, for all platforms.

She is without question Canada’s most popular soccer player and one of its most recognized athletes. As captain of the Canadian women’s national soccer team, she has made a record 225 appearance and scored 155 goals. Now, she joins an exclusive club being on the cover of FIFA 16.

Christine Sinclair plays professionally for the Portland Thorns FC in the National Women’s Soccer League and previously played for FC Gold Pride and Western New York Flash in the Women’s Professional Soccer (WPS). An Olympic bronze medalist and twelve-time recipient of the Canada Soccer Player of the Year award, Sinclair is Canada’s all-time leading scorer and as of June 27, 2015 ranked third worldwide in all-time international goals scored (155) after Abby Wambach (180) and Mia Hamm (158).

“As soon as we knew Women’s National Teams were joining FIFA 16, we immediately recognized that Christine and Alex would be the perfect cover athletes based on their accomplishments and what they represent for their respective countries and the sport of women’s soccer,” said David Pekush, Sr. Manager of North America Marketing for EA SPORTS. “They are exhilarating players and exude heart and courage on the pitch, and we are extremely proud to be working with them this year.”

Sinclair was pivotal in development of the mode. Along with other members of Canada’s women’s national team, they spent time at the EA Canada studios in British Columbia helping capture in-game footage.

Here it is the FIFA 16 cover of Canada featuring Alex Morgan: 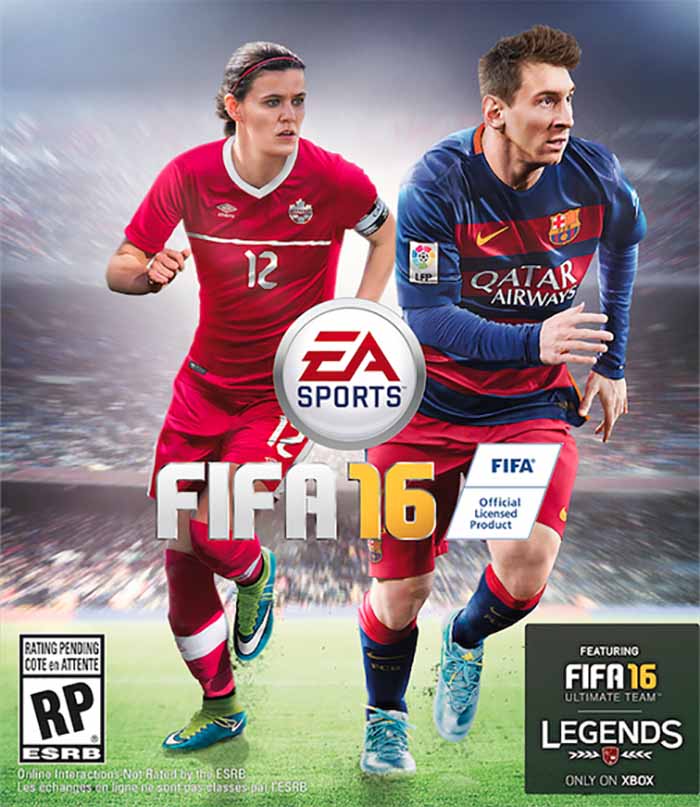