What will your journey look like this year as a competitive FIFA player? Discover here how to Compete in the FIFA 21 Global Series.

How to Compete in the FIFA 21 Global Series

In order to compete in the FIFA 21 Global Series, you will need to register and achieve FUT Champions verification, earn Points in FUT Champions, earn points in Online Qualifiers, represent a football club in domestic leagues or qualify for the regional playoffs. Let’s see in details each one.

Register
Registration for the FIFA 21 Global Series begins on October 9th, 2020 and closes on December 31st, 2020. You must register and agree to the Official Rules during this time to be eligible to play in an online Qualifier.

Achieve FUT Champions Verification
The next step to be considered a competitive player begins in-game with FUT Champions. If you can reach the rank of Elite 1, by winning 27 or more games in a single Weekend League, before December 31st, 2020, you will be a FUT Champions Verified Player. This will come with a few different perks.
FUT Champions Verified players have access to a special game mode that helps facilitate online tournaments. Using Friendly Competition, competitors will be able to set up matches against others with the following features:
– Ability to set a two-legged game with an aggregate score
– Ability to set start time for the match and ball possession in case a match needs to be restarted
– Ability to see the opponent’s squad before the match begins
– Ability to choose a specific FIFA Game Data Center to play on 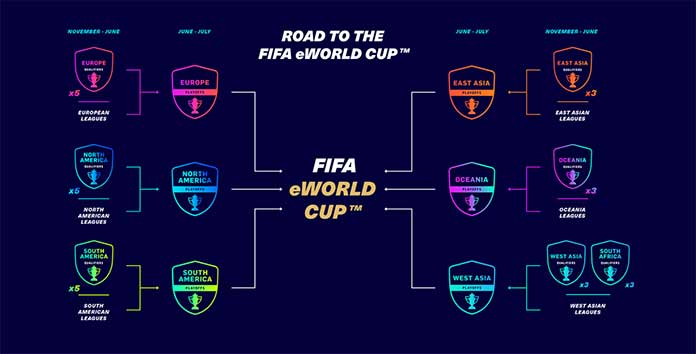