Do you know what Arena is ? That’s why EA Sports is closing it on November 2014.

EA Sports will closes Arena this November. The decision was taken because less than 0.2 percent of their players were participating in Arena events on a regular basis. In their view, their fans weren’t seeing value in the Arena service, and they decided to focus their efforts on developing new, engaging services for their players.

Here it is the official explanation from EA:

The shape of competitive gaming has changed greatly over the years, and the EA SPORTS Arena is no exception. There are tens of thousands of gamers challenging others each day, and there are many options available where these kinds of matches can be played.
With that, we are announcing that we will be closing the EA SPORTS Arena this November and that none of our upcoming games will support this function. Although our upcoming crop of games (Madden NFL 15, NHL 15 and FIFA 15) will not support the EA SPORTS Arena when they hit store shelves, we will continue to support the current crop of titles (FIFA 14, Madden NFL 25, NHL 14 and Tiger Woods PGA TOUR 13) until the service is shut down.
While EA SPORTS Arena will cease to exist, we hope that our fans are able to find alternative competitive gaming communities to compete in.
We thank all those who have taken advantage of what EA SPORTS Arena has to offer these last few years. 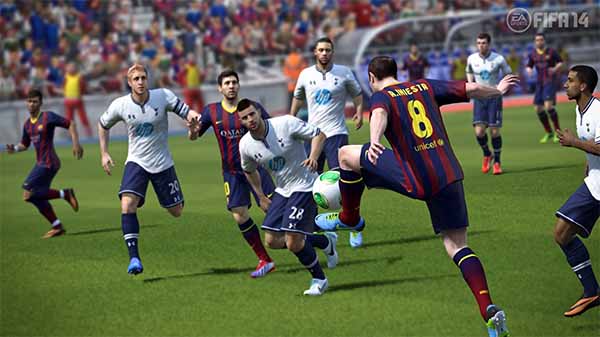 FIFA 14 will be supported by Arena until November 2014

Register at WorldGaming.com and play FIFA 14 in the Arena to win cash and prizes.
Scout friends/opponents and issue challenges OR use the matchmaking system to find players similar to your skill level.
Join Play & Go for 1v1 games at any time to fit your schedule and cash out any time.
Play in a traditional bracket tournament to compete at set times.
World Gaming gets your game stats in real time directly from the game servers ensuring your wins are tracked properly so that you get paid instantly.
Support ends November 2014