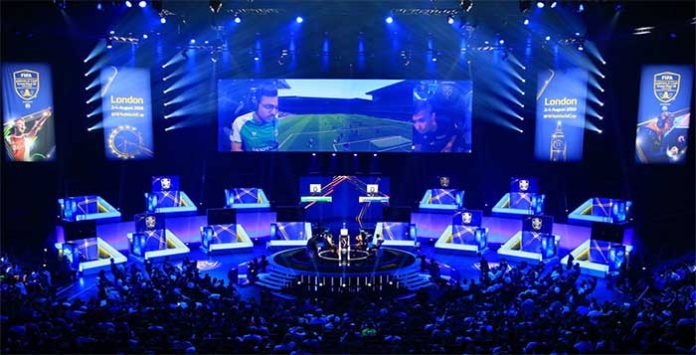 Welcome to the EA SPORTS FIFA 20 Global Series, The Road to FIFA eWorld Cup! In this page you will find everything you need to know about this competition.

As a competitive player, there’s really only one goal for the season: qualifying for and then winning the FIFA eWorld Cup. To get there, players will compete in a number of different competitive events. Each event will provide players an opportunity to earn crucial Global Series Points which will be tracked on fifa.gg.

Once you’ve achieved both criteria, you’ll be eligible to appear on the Global Series Rankings and may receive invitations to play in online qualifier tournaments. Global Series Points will be applied to the rankings of the console they were earned on and will not be transferable for any events.

* Players must be 16 at the time they register. Only players who meet the eligibility requirements will be able to become FUT Champions Verified.

As in years past, the Road to the FIFA eWorld Cup will be filled with a variety of events hosted by EA SPORTS, FIFA, domestic leagues, and our other partners.

To qualify for a FUT Champions Cup, players will play in an online qualifier tournament for the region they are located in approximately one month before the corresponding live event. All FUT Champions Verified players in good standing are eligible to compete in the FUT Champions Cup qualifier for their region:

All players who qualify for a FUT Champions Cup will have their flights, accommodations, and transportation between the airport, hotel, and venue as well as catering during the tournament covered.

Online Qualifier Squad Restrictions
All FUT Champions Cup online qualifiers will again run on Battlefy. Players will play a number of matches in the Swiss format with the top players moving on to a Single Elimination knockout bracket that will progress until the players who will earn a seat at the live event are determined. FUT Champions Verified players will receive instructions on how to compete in the online qualifiers via email.

Friendly Competition Game Mode
In addition to the squad building requirements, the FIFA 20 Global Series will use a game mode called “Friendly Competition” in the online qualifiers for FUT Champions Cups and other select events. In this mode, players connect like they do in FUT Rivals or Weekend League, with the added benefit of getting to select the connection site. Each region will have a number of connection sites available.

The Friendly Competition game mode will offer the ability to choose which leg of a match is being played and show the aggregate score. In addition, the aiming reticle will be disabled for penalties which will provide an opportunity to practice the game the same way it will be played at live events. Free kicks will have the same interface options as FUT Champions.

In each two leg-match, competitors will play one leg as the home team. When playing as the home team, the competitor is able to choose the connection site they would like to use. Players will gain access to the Friendly Competition mode once they become FUT Champions Verified.

FIFA will bring the eClub World Cup and eNations Cup back this year. Both events will offer the same number of points as FUT Champions Cups.

Players who participate in the FIFA eClub World Cup will be expected to represent the same club during the EA SPORTS FIFA Global Series. FIFA will have more details coming soon.

LQEs were a part of our efforts to drastically increase the opportunities for players to compete. However, what we learned was that LQEs felt too plentiful and as a result didn’t carry the value we had intended and heavily contributed to player burnout. In response to this feedback, as of now, there are only plans for one LQE to run in the FGS 20 season which will be a PlayStation 4 exclusive opportunity in the spring.

EA SPORTS FIFA is a unique esport in a number of ways, not the least of which is the incredible connection we have with a traditional sport that is played globally and all the organizations that are involved. This year we’re expanding our league program even further to reach more players, in more countries.

Leagues will announce their own schedules, formats, and more as they start up for the season. The same restriction will be in place this year that allows players to compete in only one league during the season.

The points structure for League Qualifying Tournaments will be as follows:

The eChampions League will return for the FGS 20 season and offer another unforgettable experience for the players who make the final 8. This will be a PlayStation 4 exclusive tournament split into three parts: an online qualifier open to all FUT Champions Verified players, an in-person group stage, and an in-person final 8 similar to last year.

All players who qualify for the group stages and final 8 will have their flights, accommodations, and transportation between the airport, hotel, and venue as well as catering during the tournament covered.

Every FIFA Member Association in an eligible country will have the option of running an eMA Trophy Tournament for players in their country. More information about these tournaments will be announced by the respective Member Association as the event approaches.

Once you become FUT Champions Verified, you’ll have the opportunity to earn Global Series Points without even leaving FUT Champions. Depending on the number of wins you achieve in Weekend League, you’ll receive an appropriate number of points. Only your best Weekend League performance each month will count towards points which means you can earn up to 30 Global Series Points per month from just one weekend of play. This will allow for more flexibility on which weekends you choose to play Weekend League.

The Global Series Playoffs are the final stop on the Road to the 2020 FIFA eWorld Cup! The top 64 players on the Global Series Rankings for each platform will be invited to their respective Playoff event for one last chance to earn enough points to secure their seat at the eWorld Cup.

Every year EA adds more regions to the list of eligible countries of residence for FUT Champions Verified players to bring FIFA esports to as many players as we can. This year they’ve been able to expand the list to include: