Arturo Vidal will join Lionel Messi on the FIFA 15 cover for South America.

Chelsea midfielder Eden Hazard is on the FIFA 15 cover for UK.

Hazard will feature on the FIFA 15 covers in UK, France, Belgium and Netherlands alongside the global pack talent Lionel Messi.

An outstanding 2013/14 campaign for Chelsea saw Hazard bag 14 goals, 7 assists and 92 chances from his 35 appearances. Eden was voted the PFA Young Player of the Year and into the PFA Team of the Year.

Hazard also had a great season in FIFA 14, with FIFA fans scoring over 52M goals with the Belgium international across all game modes. His value is reflected in FIFA Ultimate Team where Hazard has been traded over 780,000 times and hit a top price of 2.5M coins in the FUT 14 transfer market.

Eden joins the FIFA family that brings an unprecedented level of authenticity to the Barclays Premier League – the most popular league in the game. All 20 stadiums were photographed and recreated for the first time in a FIFA title, and an additional 200 3D scans of player faces were captured, including the new FIFA 15 cover star for UK.

This announcement coincides with EA Sports new long term partnership with Chelsea Football Club as their official gaming partner that will see exciting digital and social content for fans through upcoming seasons. First up is this exclusive Chelsea FIFA 15 wallpaper available for desktop, tablet and mobile here.

Here it is the FIFA 15 cover for UK featuring Eden Hazard XBox One version): 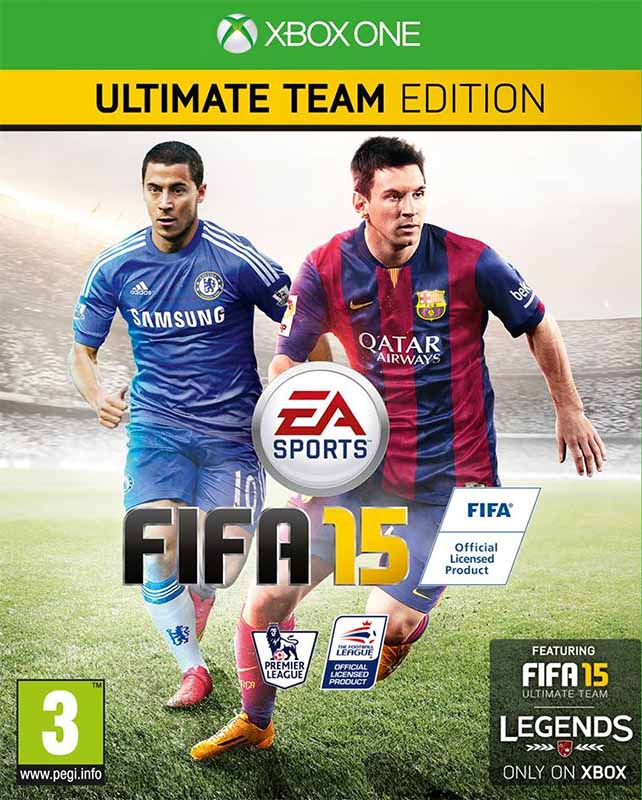