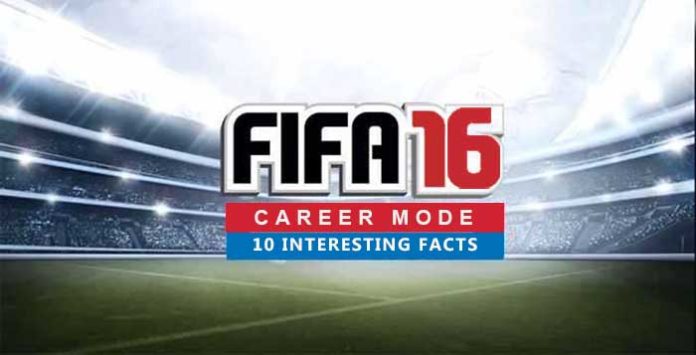 If you play FIFA 16 Career Mode, this article is for you. Let’s see if you learn something here…

EA Sports announced that “FIFA 16 features over 30 leagues and more than 650 playable teams from around the world”. But in FIFA 16 Career Mode they are lot less than that. We have counted them all and there are 583 clubs.

How many players exist in FIFA 16 Career Mode ?

Which is the richest club in FIFA 16 Career Mode ?

FC Barcelona. Just like Manchester United, PSG and Real Madrid, they have a transfer budget of 100 millions Euros (!). However, their wage budget is the biggest one. That’s a lot of money to buy who ever you want. You can check all the transfer and wage budgets clicking here.

Which league has the largest budget for transfers ?

If after reading the previous fact, you are thinking that the answer is “Liga BBVA”, you are wrong. The Barclays Premier League has an amazing total budget of 789.5 Millions Euros, which represents a average budget of 40 million per club. Liga BBVA (22.9 M€), Bundesliga (18 M€), Serie A (17.3 M€) and Ligue 1 (13.6 M€) are the other leagues with millionaire budgets for transfers.

Which league has best players ?

If you are thinking in BPL, you should think again. The question may be a bit tricky. The league with higher average rating is Liga BBVA (73). Only then it comes BPL and Serie A, both with 72 points.

Which club has the highest average rating ?

Surprisingly, or not, the club with highest average rating is Atlético de Madrid (79). The European Champion Barcelona, Bayern and PSG (78) are the other top teams. Where are the British clubs are you asking. Manchester United (75), Manchester City (74) and Chelsea (74) are the best clubs from UK.

Which club has more players ?

You’ll never guess. Cruzeiro, from Brazil, is the club with more players on FIFA 16 Career Mode. Since Liga do Brazil was not included into the game, it is a surprise to see that one of its clubs is the one with more players.

Which nation has more and better players ?

Who is the oldest player on FIFA 16 Career Mode ?

Kristian Bergström. He is a Swedish left midfielder who is ending his career this season. He’s 41 years old, two months and half older than Frode Johnsen, the second oldest player of this game.

Is there any player who is five stars skiller and also five stars weak foot?

Yes, there is. There is only one player with 5 stars skill moves and 5 stars weak foot. You know who he is: Neymar.