Do you want to know how much do you will spend with your club in the Career Mode? Find here the clubs with the higher budgets in FIFA 14 Career Mode.

We have published a new article with all the FIFA 14 Career Mode budgets. Click HERE to check it.

Not everyone plays Ultimate Team. FIFA franchise has other interesting game modes. Career Mode is probably the most popular one. You can start with an unknown team and bring it up to higher divisions or can lead a top club and try to make it even bigger.

Everyone that have played this game mode in the past, knows that the budget is one of the most important things in a club. In FIFA 14, it will not be different. In this post we will tell you the budgets of the most popular European clubs. This is not an official information, so there may be slight differences.

Here is the list of the FIFA 14 Career Mode Budgets of the most popular European Clubs: 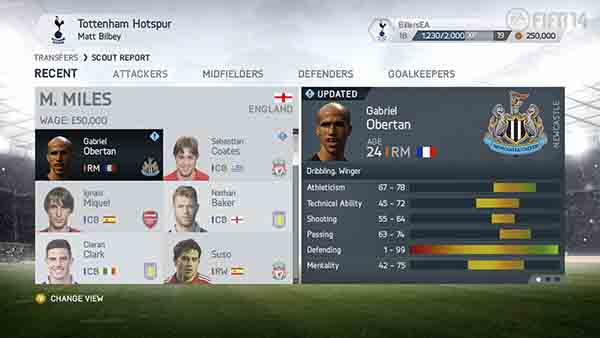 If you want to know more about FIFA 14 Career Mode, click HERE.

What do you think about these budgets ? Do you will try any of these clubs ? Leave your opinion in the comments.