The Italian player El Shaarawy joins to Messi on the FIFA 14 cover for Italy.

The newest FIFA 14 cover to be announced was the Italian one. Milan’s and Italian International star El Shaarawy will be featured on the cover of FIFA 14 when the game launches in Italy this September. The 20 year-old midfielder will join FC Barcelona’s Lionel Messi on the cover.

Stephan Kareem El Shaarawy has been a key player on Milan’s. Last season, the first one at Milan, he scored 18 goals on 59 matches. In international play, he is one of the great hopes for the future. He played 10 matches by the Italian national team and scored once.

El Shaarawy seems very happy to be part of FIFA 14: “Being on the cover of FIFA 14, alongside a football great like Leo Messi, fills me with pride, not only as a gamer but also as a fan of the greatest sport in the world”. He also said that “Being able to represent the best-selling football game in Italy is beautiful and exciting. I can’t wait to challenge my friends and teammates”.

According to Marketing Manager at Electronic Arts Italia Daniele Siciliano, “we immediately thought of Stephan when we evaluated who could represent the new FIFA 14 in Italy and alongside Lionel Messi, El Shaarawy’s exuberance, freshness and immense potential best expresses the characteristics of a game like FIFA 14. We are ready to once again conquer the heart and attention of the many fans in Italy. We are honoured that El Shaarawy has joined the FIFA 14 team“. 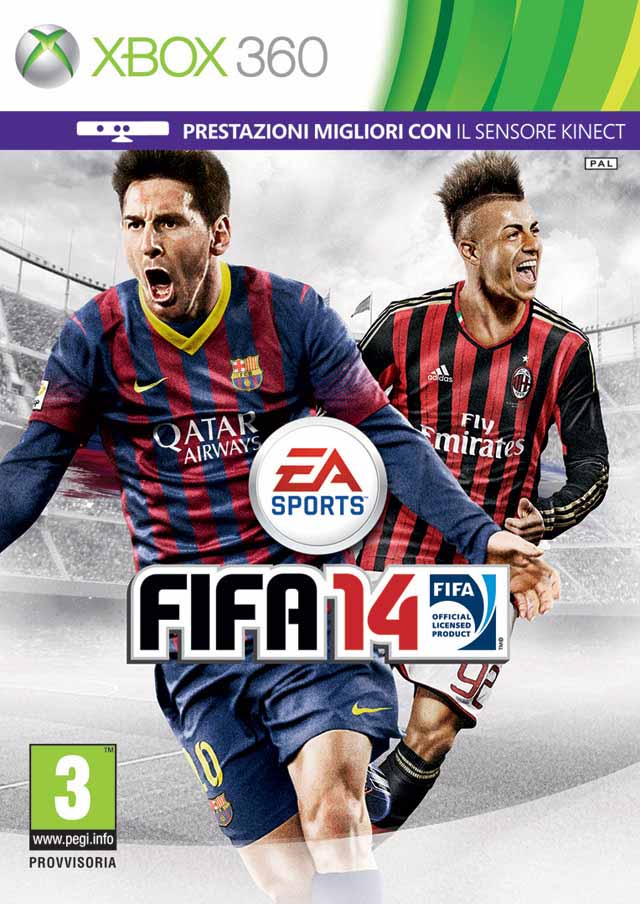