Maya Yoshida and Makoto Hasebe join to Messi on the FIFA 14 cover for Japan.

Popular football stars will join Lionel Messi on FIFA 14 cover. UK, France, Spain and Italy will have special covers with those players but there will be more. By now, it is also confirmed special coverstars on North America, Central & South America, Australia, Austria, Switzerland, Hungary and Czech Republic.

The newest FIFA 14 cover to be announced was the Japanese one. Southampton FC Maya Yoshida and players VfL Wolfsburg Makoto Hasebe will be featured on the FIFA 14 cover when the game launches in Japan on October 17th.

The Japanese centre back Maya Yoshida were delighted to be in the cover of Japanese edition of FIFA 14: “I will become the cover hero of FIFA 14. To appear alongside Messi is a great honour. I’m not only happy for me, personally. It has a great meaning to the whole Southampton FC club to have a player that was chosen to be a cover player of a such popular game as FIFA series.“. This 24 year old player arrived to Premier League on 2012 and will become even more popular with the Japanese edition release of FIFA 14.

Probably a bit more popular is the 29 years old defensive midfielder Makoto Hasebe who plays for VfL Wolfsburg and is the captain of the Japan national football team. In 2008 he signed for Bundesliga side Wolfsburg becoming the first Japanese player ever to play for the Wolves. One year later, he became the second Japanese player to win the Bundesliga title. He is also happy to be in the FIFA 14 cover for Japan. 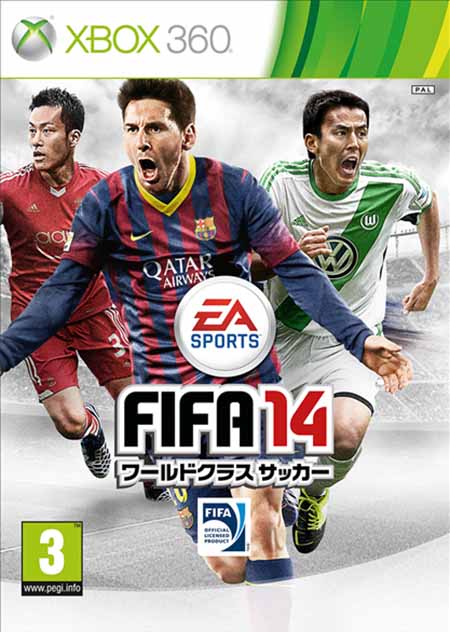