Milan AC was confirmed in the demo. We already update their ratings.
FUT 14 Icebreaker will also be in the demo.

How to get the FIFA 14 Demo

EA Sports is only responsible for providing in Origin the download link to PC users. The availability of the FIFA 14 demo on XBox Live and on PSN depends respectively from Microsoft and Sony.

If you are a PC user, you should have the Origin platform installed in your PC. We will provide a link here, when it becomes available.

The FIFA 14 Demo will only be released to these three platforms: PC, XBox 360 and Playstation 3.

The FIFA 14 Demo will be available to download from Tuesday, September 10th. However, it may be a bit later depending of your region and platform. Check the dates and the schedules: 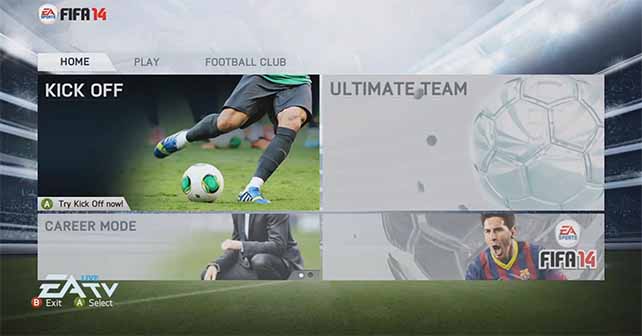 Career Mode is not available in the FIFA 14 demo

To test the new game, you will have the chance to play a match day. The FIFA 14 Demo teams have not been announced yet. However, we know that will be the following eight teams:

We will update this article if anything change.

For the first time ever, FIFA Ultimate Team will be in the demo. It will include a tutorial named Icebreaker, to help new players to find out how FUT works.

It will be possible to send to EA Sports Football the goals scored on the demo.

To play the FIFA 14 Demo in your PC, your machine should fulfill the following recommended system requirements: