In the E3 2013, everyone wanted to know more about FIFA 14 for the next-gen consoles. However, some details of the FIFA 14 for iOS devices were unveiled.

Here are the biggest improvements of FIFA 14 for iOS devices:

The most obvious changes were in the gesture based control scheme thanks to the implementation of contextual touch controls:
– to run, just drag a finger over any player to create a movement line that they will then follow;
– to pass, tap the screen where you want to place the ball;
– to shoot, use a quick swipe in the back half of the field.

The speed and angle of your swipes lets you control the spin, curve, and speed of your shots.

FIFA 14 is larger and sleeker than any previous iOS / Android entry.

Over 30 real-world leagues are now included, with over 300 teams and 16,000 players, complete with photos and accurate statistics.

Besides the English, commentary will now be available as DLC in languages like French, Spanish, Italian and German.

The menus will look closer to the console versions’ front end.

Big features like online play and FIFA Ultimate Team will be joined by other new modes.

For who prefer, the classic virtual buttons will still be available from the Options menu as it happened last year.

According to Lucian Cotreanti, product marketing manager at developer Electronic Arts Romania, “we thought there should be something more. (…) There should be no more buttons”. The result is a more strategic feel, almost like a real time strategy game.

EA Sports FIFA 14 will be available on iPhone, iPad, iPod Touch on Google play and the Amazon Appstore. It is expected to have these versions available at the same time of the consoles release, in late September.

You can see the three screenshots available here: 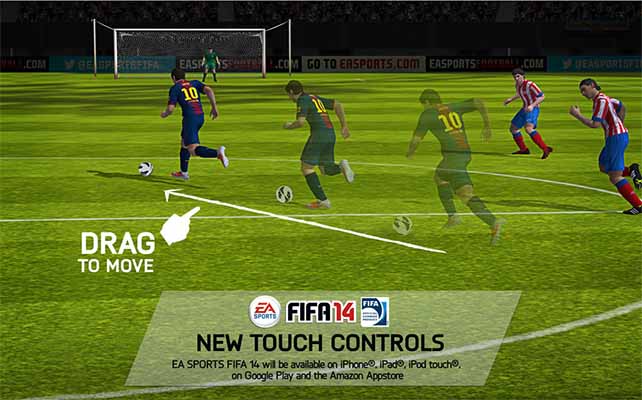 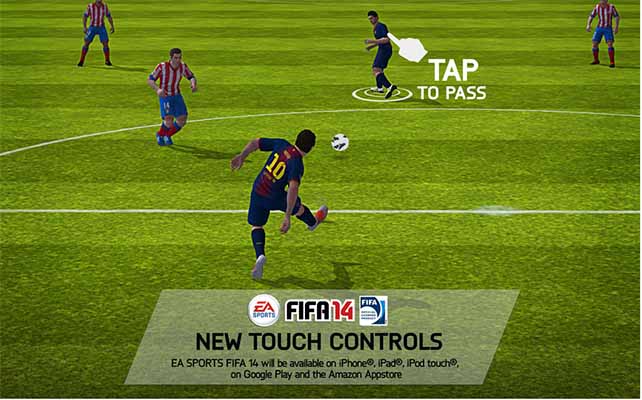 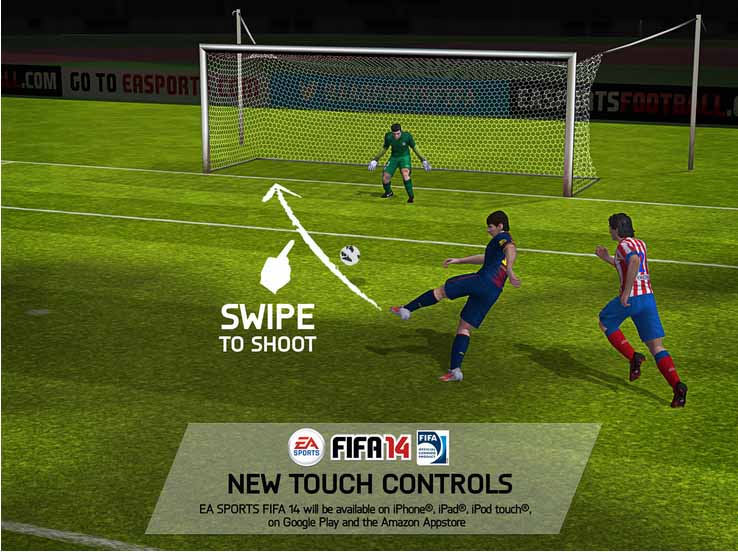