FIFA 14 has been a huge success. The EA Sports title is number one in UK charts this Christmas.

FIFA 14 is Number One in UK charts this Christmas

EA Sports’ FIFA 14 has been crowned the U.K.’s Christmas no.1, beating out hot contender Call of Duty: Ghosts in the process.
This is the first time in five years that a FIFA title has nabbed the no.1 spot at Christmas, and the 14th time the franchise has held that title in 28 years.

The EA’s football simulator game was the most wanted game this Christmas. Elsewhere is was pretty much business as usual for UK retail this week, with Assassin’s Creed IV, Battlefield 4, Lego Marvel, GTA V, Just Dance 2014 and Need for Speed: Rivals filling up the third to eighth spots respectively.The PS4′s Killzone: Shadow Fall managed to claw its way in at 9 this week, followed by the Xbox 360 edition of Minecraft.

Check out the Top 20 UK Software Sales (All Formats) to the week ending December 21: 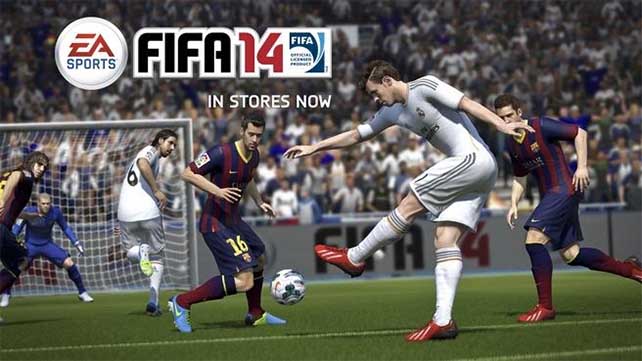