FIFA 14 for PS4 and XBox One is coming. FIFA 14 Producer Nick Channon has explained what is different in the next gen.

FIFA 14 Produces Explains What is Different in the Next Gen

In a interview to Click Online, FIFA 14 Producer Nick Channon has explained what is different in next gen. Let’s see the highlights of that interview:

“We wanted to make sure that the game was fully featured, so all the major features that are on current gen are moving to gen 4”

“There’s hundreds of new animations that make the game more fluid, feel better, a true variety of passing animation that when you’re doing a cross field ball it’s not the same animation as it is to do a short pass.”

“We’ve made a lot of progress in gameplay this year in terms of innovation, using Ignite, in terms of we can now take the player impact engine and now, through Ignite and the power of the new machines, we’re doing over four times the calculations in physics that allows us to create a game that gives players this human intelligence, Pro Instincts as we call it, where one, they can now brace for an impact and know the impact is coming.”

“On the pitch, you’ve got the physics and the feeling of physicality; off the pitch you’ve got the atmosphere which, as we showed in the video, means goals just got real.”

You can also check the video on the top of this page, with another Nick Channon interview this time to IGN, discussing about what is different in next gen. 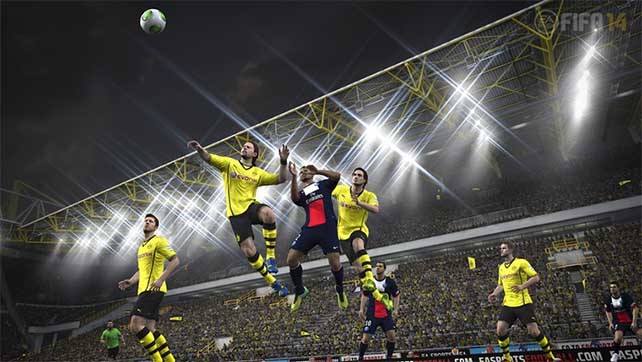