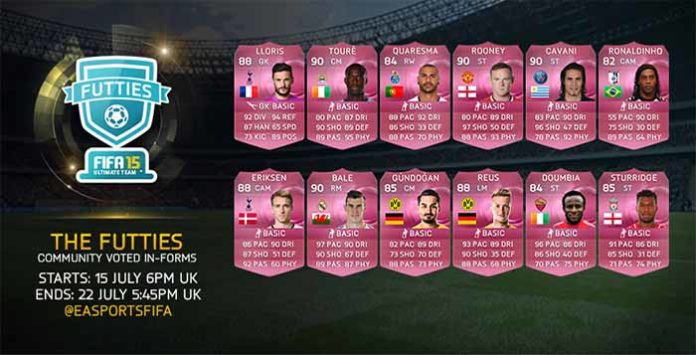 The votes have been counted and Pink FIFA 15 FUTTIES in-forms were announced. Find out who won.

The FIFA community already picked the winners of the ten categories of FIFA 15 FUTTIES. The players names were unveiled this Wednesday at 3pm UK.

Check it out the eleven cards of this FIFA 15 FUTTIES:

There will be another pink card in packs this week. While you were waiting for the voting to begin, EA gave away something special. According to their data, Liverpool’s Daniel Sturridge is the top scorer in FIFA 15 Ultimate Team with over 80 million goals scored in total. To celebrate FUT’s top goal scorer, they gave away a pink FIFA 15 FUTTIES Daniel Sturridge on a five match loan to everyone. Now, it is time to add this card to the another eleven ones.