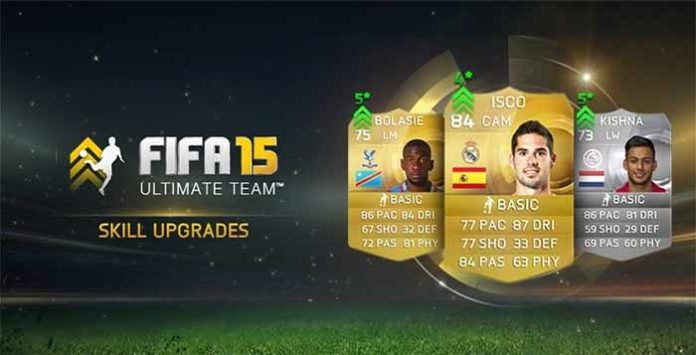 Skill Upgrades apply to all versions of the players: in your Club, in-forms, new players in packs, etc.

Don’t forget to restart you FIFA 15 and your Ultimate Team to update the skill moves.