Do you like fast players ? So, check out who are the 100 FIFA 15 Ultimate Team fastest players.

Pace is the most important attribute in FIFA 15. If you want to build a top-squad, you should try to buy some fast players. But who they are ? Check this article to know who are the 100 FIFA 15 Ultimate Team Fastest Players.

Please note that in this post we only have considered regular players. In Form cards or upgraded cards were not considered.

Another important thing is to understand how we have sorted the fastest FIFA 15 Ultimate Team Fastest Players. They were sorted in the following order: 1) highest pace; 2) highest sprint speed; 3) highest acceleration; 4) highest rating. 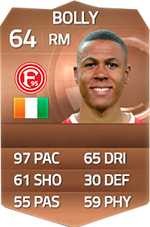 Mathis Bolly is the fastest player in FIFA 15 Ultimate Team. He was downgraded but his pace keeps the same one. He is not a great player but if you love pace, you should know that he is the fastest regular player of FUT’s history. 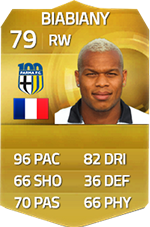 The French right winger also was downgraded but he is still a good choice to pacey teams. He is cheap and fast. Very fast… 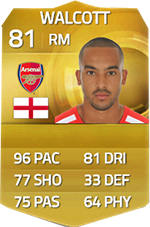 The final podium position is taken by Walcott. He is the second most popular player of this TOP 10. He was the fastest player in FUT 13 thanks to his incredible personal best of 10.6 seconds (100 meters). He spent most of his childhood deciding whether to pursue athletics or football.

Oduro doesn’t have good stats but his wonderful pace makes him one of the most popular bronze strikers in the game and the number four on the FIFA 15 Ultimate Team Fastest Players list. He is the only forward which makes him even more special. 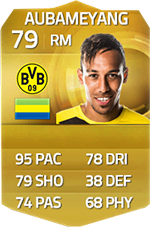 Everyone knows who is Aubameyang. The speed dribbler, that already got a TOTW card, is a must buy for most of the Bundesliga squads. The only problem with his card is not being a striker any more. 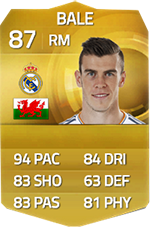 The most popular player of this list has climbed 8 positions to reach the sixth one. He is a brilliant player. One of the most expensive in FIFA 15. 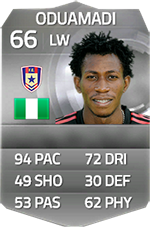 The Nigerian international winger has contact with AC Milan was loaned to Crotone from Serie B. His shoot is very poor but his pace is enough to make him an interesting player in FIFA 15. 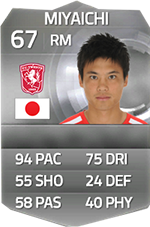 Ryo Miyaichi already ran 100m is an astonishing 10.8 seconds. He is one of the fastest FUT players since FIFA 12. His stamina is low, which means that he gets tires very fast. 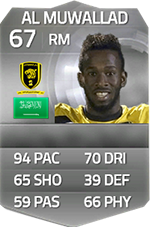 In real life he was probably the best bargain of the world, costing to Betis less than 25,000 Euros. It’s him who closes this TOP 10.

Let’s see who are the 100 FIFA 15 Ultimate Team fastest players: