Unrivalled Intelligence is one of the core pillars of FIFA 15.

Your team mates and opponents now recognize what’s happening in the match and will adjust their tactics just like real players. Park the Bus, In The Mixer, and Time Wasting are some of the Team Tactics you’ll come up against in FIFA 15.

In FIFA 15 your team mates and opponents now recognise what’s happening in a match and will adjust their tactics and playing style to gain the advantage. Park the Bus, In The Mixer, and Time Wasting – familiar tactics you’ll need to overcome. You’ll also be able to set your team mentality to Park the Bus to counter your opponent’s Team Tactics.

You’ll see long balls pinged into the box as your AI opponent tries to get back in the game, or watch them head for the corner flag as they attempt to wind down the clock.

Compared with FIFA 14, where your opponent would look to retain the ball and perhaps play conservatively, in FIFA 15 they will attempt riskier attacking runs – this gives you more variety and a more human opponent. 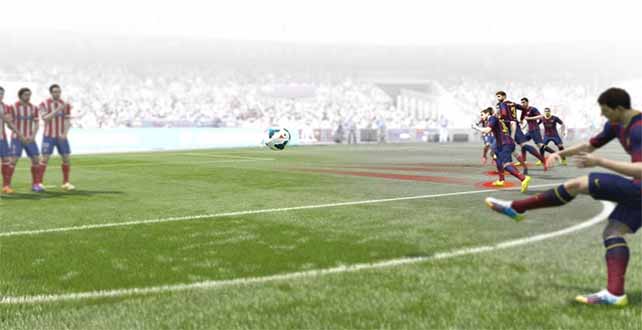