There is nothing more beautiful than scoring a well-earned goal. In FIFA 16, changes to dribbling, crossing, and clinical finishing aim to ensure that every goal a team scores is unique and earned. Let’s take a look to the the FIFA 16 Moments of Magic features.

The best touch can be the one you don’t take. Free yourself from the ball to buy time, create separation, feint, and blow by your defender just as Messi does when he is at his best – it’s near limitless creativity on the ball.

A new dribble control system gives players the freedom to not only decide HOW but WHEN to touch the ball. Separation will be available that allows for space between the player and the ball to perform various skill moves, feint, and change direction, all without ever needing to contact the ball.

No Touch Dribbling was developed by motion capturing FC Barcelona’s Lionel Messi. We captured his movement as he lures defenders, then at the right moment, explodes past them. Using a controller mechanic, players can separate themselves from the ball to let it run, create separation, feint, and blow by the defender in the final third.

Send that cross in! Authentic crosses let you find team mates with greater accuracy. Attacking players run onto and attack the ball with intent, making defenses scramble as crosses are played behind the back line with vicious intent.

Dynamic Crossing changes movement and positioning of both the crosser and the attacker receiving the ball. Those players attempting a cross will approach the ball differently with more realistic and rewarding animation movements. Meanwhile, players looking to receive will adjust and make different runs to better attack the ball.

Strike the ball right and finish like a pro. Better placement of the foot and ankle gives players variety in shooting and goals scored. You’ll be able to feel where the ball is struck and adjust your approach for improved accuracy and power.

Strike the ball right and finish like a pro. In FIFA 16, players will feel the difference in each shot attempt and better understand why a particular shot has taken a specific trajectory. Miss a chance and you’ll be able to adjust your approach next time you’re in on goal. Newly defined orientation of the foot and ankle opens the door for greater variety in shot types and will result in more exciting goals. 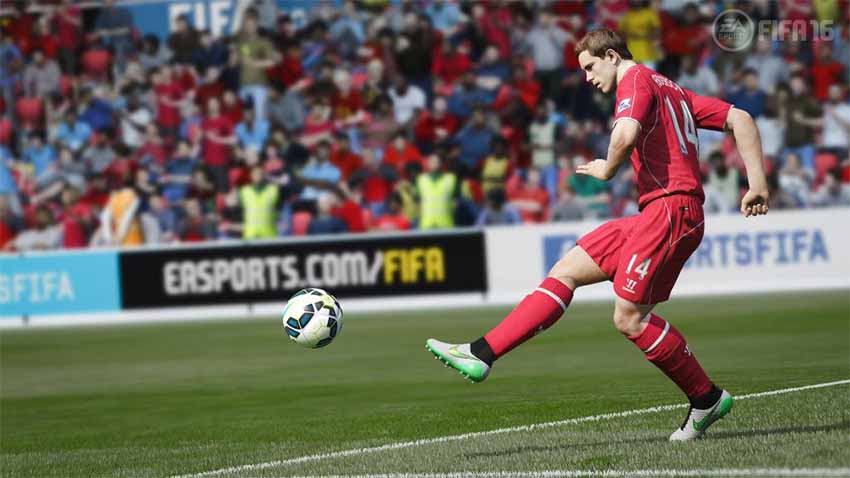