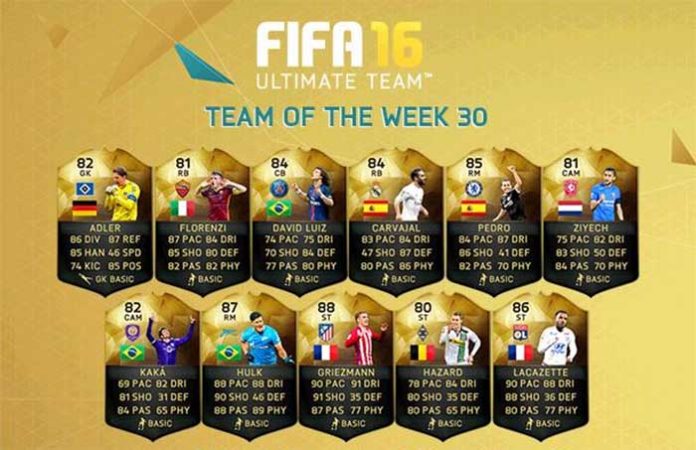 A new Team of the Week was released. Check out who is in the FIFA 16 Ultimate Team TOTW 30.

With PSG already wrapping up the Ligue 1 title, it’s all about the other clubs fighting for the remaining European Club Qualifying spots. On Sunday, Lyon defeated Lorient 1-3 to move into third place, one point ahead of Stade Rennes and three points behind AS Monaco in second. Alexandre Lacazette scored twice for Lyon to help secure the three points.

Check it out the starting eleven of this FUT 16 Team of the Week 30:

The substitutes of this FIFA 16 Ultimate Team TOTW 30 are: