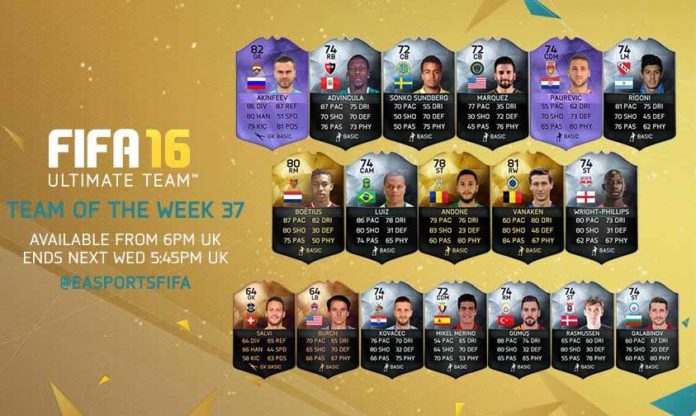 A new Team of the Week was released. Check out who is in the FIFA 16 Ultimate Team TOTW 37.

On Saturday, CSKA Moskva won the Russian’ Premier League title thanks in large part to some huge saves from goalkeeper Igor Akinfeev in the dying minutes of their 0-1 victory over Rubin Kazan. The win helped them beat out Rostov by two points for the title.

It was Rivalry week in the MLS and in the New York derby, it was all red as New York Red Bulls crushed their rivals New York City FC 0-7. Bradley Wright-Phillips scored two goals in under five minutes, then later helped set-up a teammate’s goal.

Check it out the starting eleven of this FUT 16 Team of the Week 37:

The substitutes of this FIFA 16 Ultimate Team TOTW 37 are: