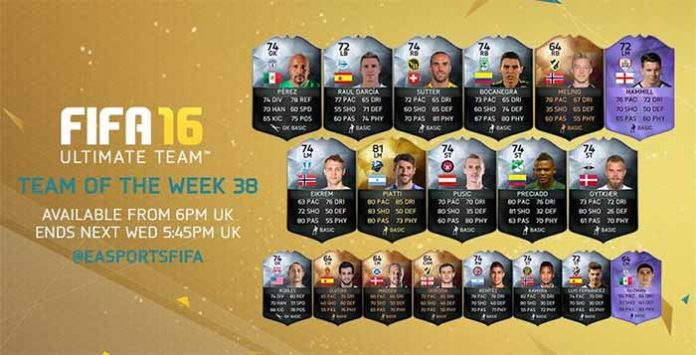 A new Team of the Week was released. Check out who is in the FIFA 16 Ultimate Team TOTW 38.

It was a thrilling match between the Montreal Impact and LA Galaxy on Saturday night with the home side winning the match 3-2. Ignacio Piatti finished the match with a goal and an assist.

Barnsley secured promotion to the Football League Championship following their 3-1 victory over Millwall in their Playoff Final. Adam Hammill was outstanding in the match, scoring the match-winner.

Check it out the starting eleven of this FUT 16 Team of the Week 38:

The substitutes of this FIFA 16 Ultimate Team TOTW 38 are: