A new Team of the Week was released. Check out who is in the FIFA 16 Ultimate Team TOTW 41.

David Villa and Andrea Pirlo both scored in New York City FC’s 3-2 win over the Philadelphia Union on Saturday.

On Sunday, Benny Feilhaber had a goal and an assist as Sporting KC beat FC Dallas 2-0.

CA Osasuna is back in La Liga following their 3-1 aggregate win over Girona in their Promotion Play-off Final. Kenan Kodro was the hero, scoring two of his club’s three goals.

Check it out the starting eleven of this FUT 16 Team of the Week 41:

The substitutes of this FIFA 16 Ultimate Team TOTW 41 are: 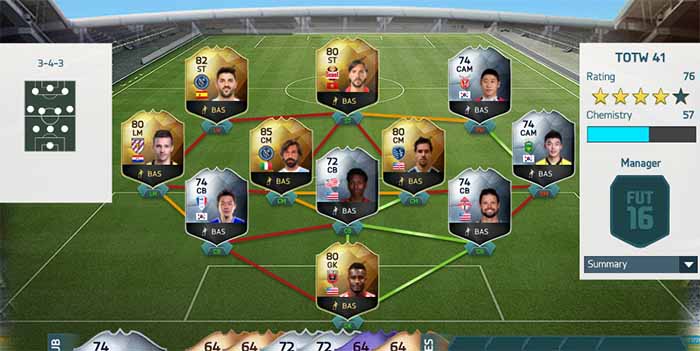