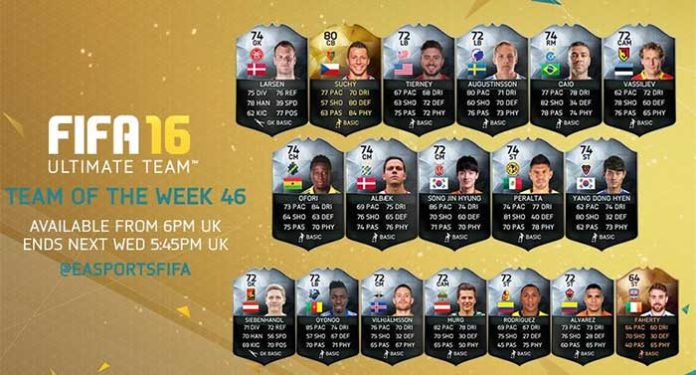 A new Team of the Week was released. Check out who is in the FIFA 16 Ultimate Team TOTW 46.

On Saturday, Chris Tierney helped set-up the winning goal in the 85th minute as the New England Revolution defeated the Chicago Fire 1-0.

Oribe Peralta scored all three of América’s goals as they beat Toluca 3-1 on Saturday evening. After two matches, América and Pachuca are the only clubs remaining in Liga MX with 100% winning records.

FC Basel started their Swiss Super League season with a comfortable 3-0 victory over Sion. It was a fantastic team effort, include the strong play of Marek Suchý in defense.

Check it out the starting eleven of this FUT 16 Team of the Week 46:

The substitutes of this FIFA 16 Ultimate Team TOTW 46 are: