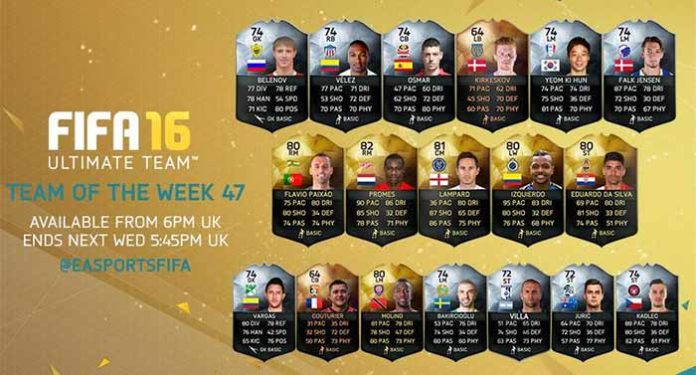 A new Team of the Week was released. Check out who is in the FIFA 16 Ultimate Team TOTW 47.

On Saturday action in the MLS, Frank Lampard earned his first ever hat-trick for New York City FC as they beat the Colorado Rapids 5-1. NYCFC now hold a four-point lead over rivals New York Red Bulls in the Eastern Conference.

Then on Sunday, Kevin Molino’s two second-half goals helped Orlando City SC defeat the New England Revolution 3-1. The win was huge as both clubs are battling it out for a playoff spot.

Spartak Moskva started their season with a convincing 4-0 win over Arsenal Tula on Sunday. Midfielder Quincy Promes helped set-up the first goal of the match, then added two of his own in the second-half.

Check it out the starting eleven of this FUT 16 Team of the Week 47:

The substitutes of this FIFA 16 Ultimate Team TOTW 47 are: