A new Team of the Week was released. Check out who is in the FIFA 16 Ultimate Team TOTW 6.

On Saturday, two goals from Zlatan Ibrahimović were enough to see Paris Saint-Germain defeat Bastia 0-2. In six league appearances this season he has six goals.

That same day in Spain, Neymar Jr. had four goals and an assist as FC Barcelona defeated Rayo Vallecano by the score of 5-2. At the moment in La Liga, there is a three-way tie for first place with Real Madrid, FC Barcelona and Celta Vigo each having 18 points after eight matches.

Then on Sunday, Georginio Wijnaldum played the hero as his four goals for Newcastle United helped the club defeat Norwich City 6-2 and win their first match of the Premier League season. Although the club sits third from the bottom, they will look to build from this as they play rivals, Sunderland this Sunday.

Check it out the starting eleven of this FUT 16 Team of the Week 6:

The substitutes of this FIFA 16 Ultimate Team TOTW 6 are: 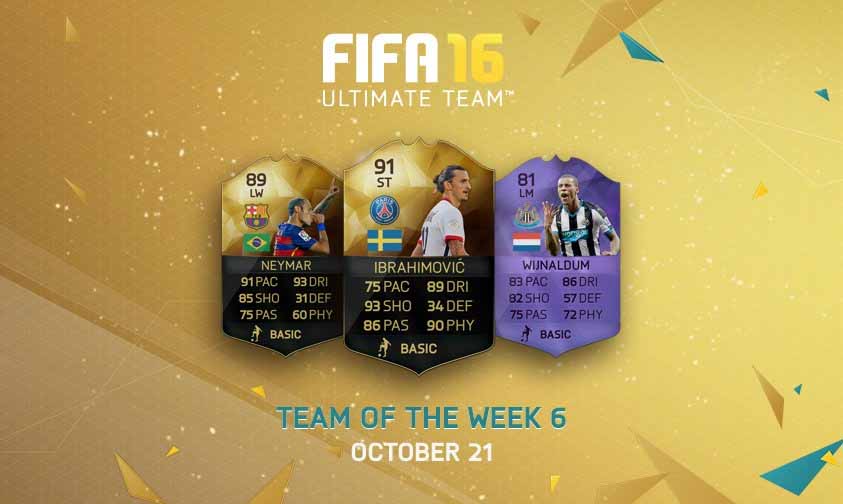