EA worked with Marco Reus, an expert at creating space to understand how he helps his teammates to link up with him. In his own words, “after a while, it becomes second nature. You then also know how to read movements and everything just runs on instinct”.

In FIFA 17 every player on the pitch has a heightened awareness of space, analyzing surrounding players and the situation to better understand current attacking opportunities and adapt to create space in the future. You’ll notice more activity off the ball from your teammates, you’ll see new run types like fake runs or players dropping deep to support the play; one might show short for the ball while another attacker runs in behind, keeping the defenders on their toes at all times. Smarter players and increased activity off the ball give you new and creative ways to open up the opposition. Orchestrated runs with multiple players, fake runs, stunt runs, and calling a player to show support are just a few ways you take control in the build up.

The Active Intelligence System gives you better options in attack and more time on the ball to create chances.

Watch the video to see with your own eyes how FIFA 17 New Active Intelligence System works. 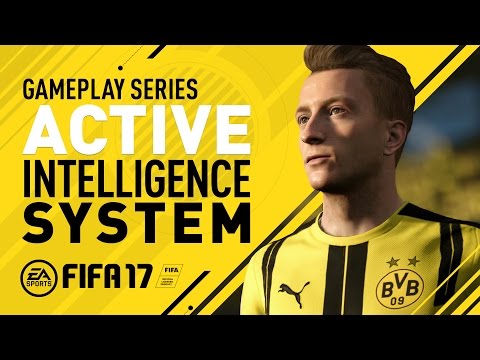