This FIFA 17 Championship Series weekend is over. Find out what happened in the season 2 ROTW Final.

The Season 2 Regional Final of the FIFA Ultimate Team Championship Series got underway today as the top thirty-two FIFA competitors from the Rest of the World region converged on the beautiful town of Whistler, BC. The player list included competitors from all corners of the globe including Japan, Australia, Saudi Arabia, New Zealand, Hong Kong and Singapore. In the end, it was the Saudi competitors who rose to the challenge once again while the Japanese competitors also made a statement in the competition.

It was an all-Saudi Grand Final in the Season 1 Regional Final in Sydney where Abdulaziz “MrD0ne” Alshehri and Khalid “xX ThE RoYaL Xx” Aloufi locked horns to determine the Regional Champion. It was the ThE RoYaL from the Xbox One division who ultimately prevailed and lifted the trophy. One of the big questions going into the Season 2 Regional Final was whether the Saudi competitors would continue to carry the torch with a strong performance for their country. Aldossary “MSdossary7” Mossad, Abdullah “jetmrken” Althebaiti, and Abdullah “IBrave Heart z” Aljoudi emerged this time for their nation, sweeping the podium in the Xbox Division. After two Regional Finals, the Saudis have taken three out of four spots for the Rest of the World region in the Ultimate Team Championship Final in Berlin. After two seasons, there is no doubt now: Saudi Arabia is quickly positioning itself as an EA SPORTS FIFA powerhouse. 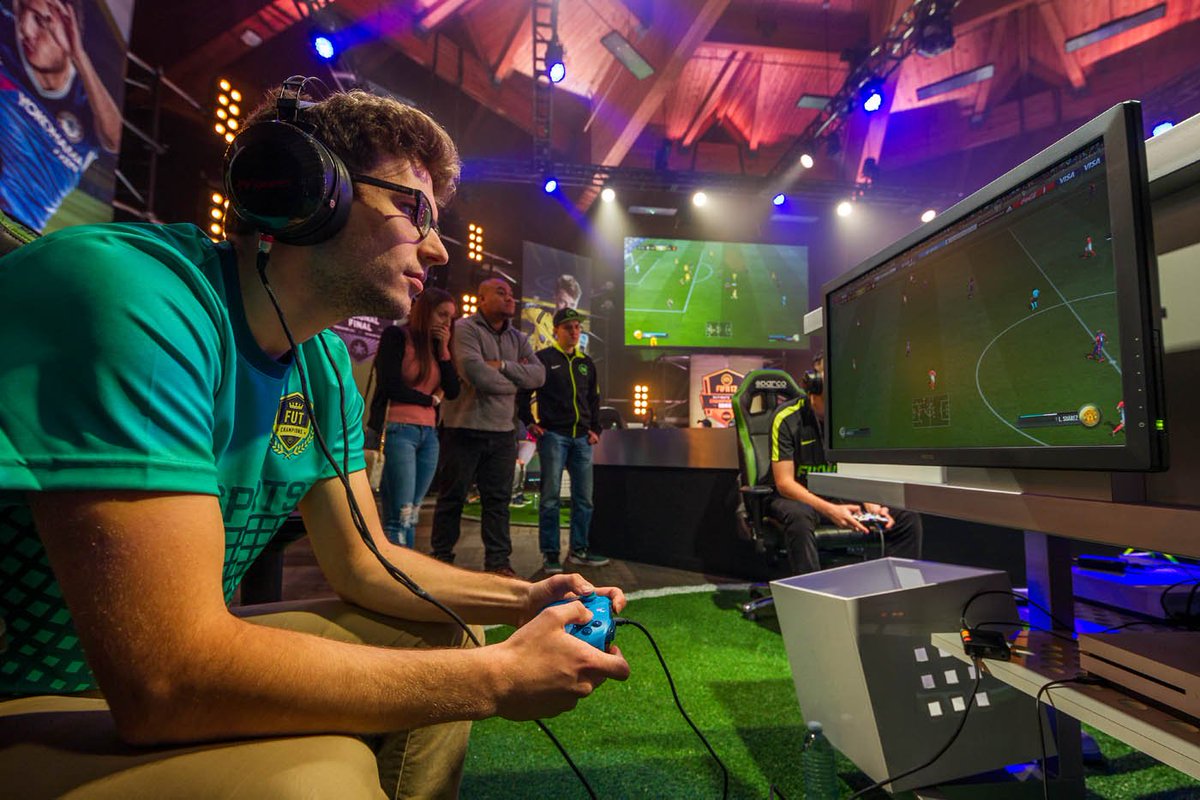 Aldossary “MSdossary7” Mossad steamrolled the competition on his way to lifting the Regional title. This feat is a difficult one under the best of circumstances; however, the accomplishment by MSdossary7 becomes even more impressive when one considers the journey he took from his native Saudi Arabia. He arrived in Whistler late on the day before the event after travelling for over 26 hours. Despite the long trip and little time to rest and prepare, MSdossary7 dominated his opposition throughout the tournament remaining unbeaten through eight games and conceding only five goals in the process. Aldossary “MSdossary7” Mossad was the best player on the day and will be a force to be reckoned with in Berlin.

A country with such a rich gaming history entering the EA SPORTS FIFA history books shouldn’t come as much of a surprise, but in this case it was. Japan didn’t field a single competitor in Sydney, but in Vancouver, the Japanese contingent made it clear that they were ready to shine on the international stage. Shun “fifantomCR” Okabe came to Vancouver with few expectations yet he exuded confidence. In his pre-match interview he stated that he could win the whole tournament and, if it wasn’t for the wizardry of MSdossary, he would’ve done just that. His compatriot, Subaru “chelchel100” Sagano, also made a deep run in the tournament but fell just short of competing in the PlayStation 4 divisional final despite a valiant effort before succumbing to Samer “Samer96_” Elbadar. Nevertheless, Japan will have representation in Berlin as Shun “fifantomCR” Okabe attempts to make his country proud once again.

Total domination. That’s the best word to describe Aldossary “MSdossary7” Mossad’s performance in Vancouver at the Season 2 Rest Of The World Regional Final. He looked in control at all times and there were few doubts as the day went by that he would end up lifting the trophy. Rounding out the Rest of the World contingent in Berlin will be Shun “fifantomCR” Okabe. The Japanese gamer flew under the radar coming into the Season 2 Regional Final and stunned the PlayStation field, winning the Divisional title and taking home $20,000 USD in the process. We’ll see how these two players stack up against the best in the world in a few weeks in the German capital.

If you missed the Season 2 ROTW Final of the FIFA 17 Fut Champions, you can watch the best goals here: