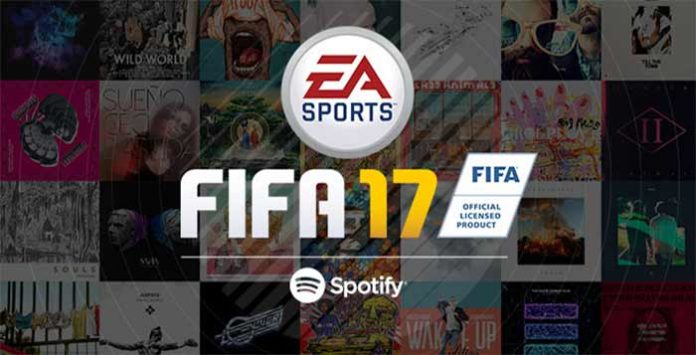 If you want to know which FIFA 17 songs you will have the chance to listen, check this page. Here it is the FIFA 17 soundtrack.

The FIFA 15 soundtrack features more than 40 tracks from artists around the world.

There are over 50 tracks representing more than 15 countries, featuring a genre-busting collection of rock, EDM, hip-hop, folk-pop and more. EA have spent nearly a year putting together the best-compiled, best-known, and best-selling mix of international superstars and breakthrough artists in the gaming world today. Best of all, it’s the sound of the upcoming FIFA season. FIFA 17 represents globalized music as it’s never been done before.

Here it is the complete list with all FIFA 17 songs: