The FIFA 17 Team of the Group Stage (TOTGS) is out! Find out who were the most in form players of the Champions League so far..

Each year the top Europen clubs compete to crown the best side on the continent. Below is the full collection of players, based on performance in the Champions League’s Group Stage.

If you are lucky enought, you will be able to find these special blue cards in packs between December 9 and December 12.
Be aware that the new Team of the Group Stage cards will not count as informs and therefore will not impact the FUT Ones To Watch (OTW) players of FIFA 17 Ultimate Team. 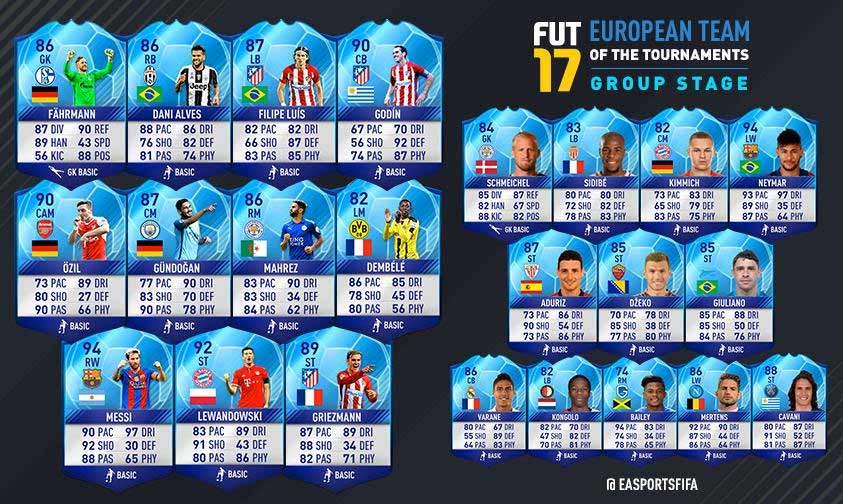