These are the 23 players included in FIFA 18 Ultimate Scream, available from October 20 for a limited time. Each player item is scary enough with permanently upgraded stats, but they also receive temporarily high ratings boosts during Halloween and specific periods throughout the season to make your FUT squad even more frightening. 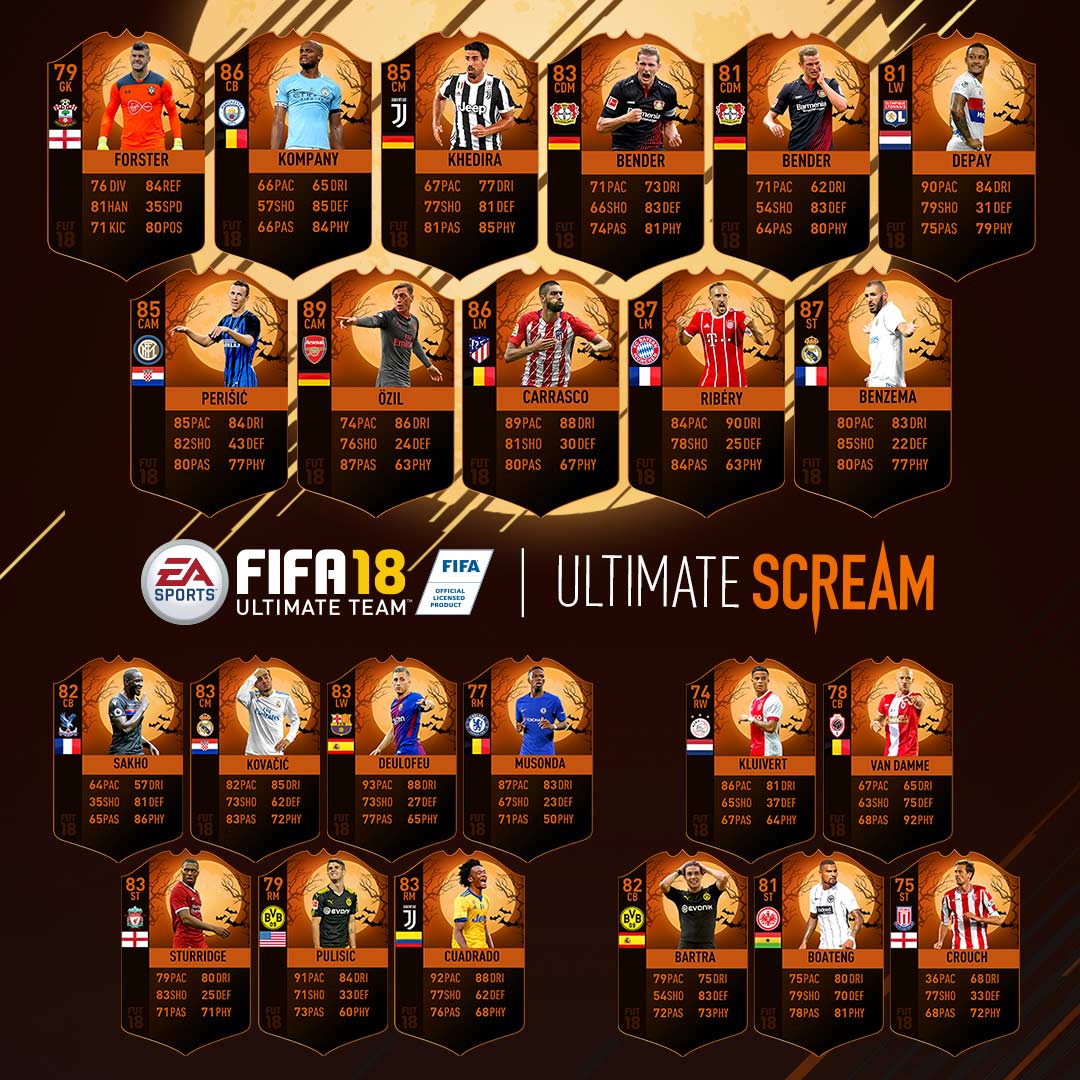 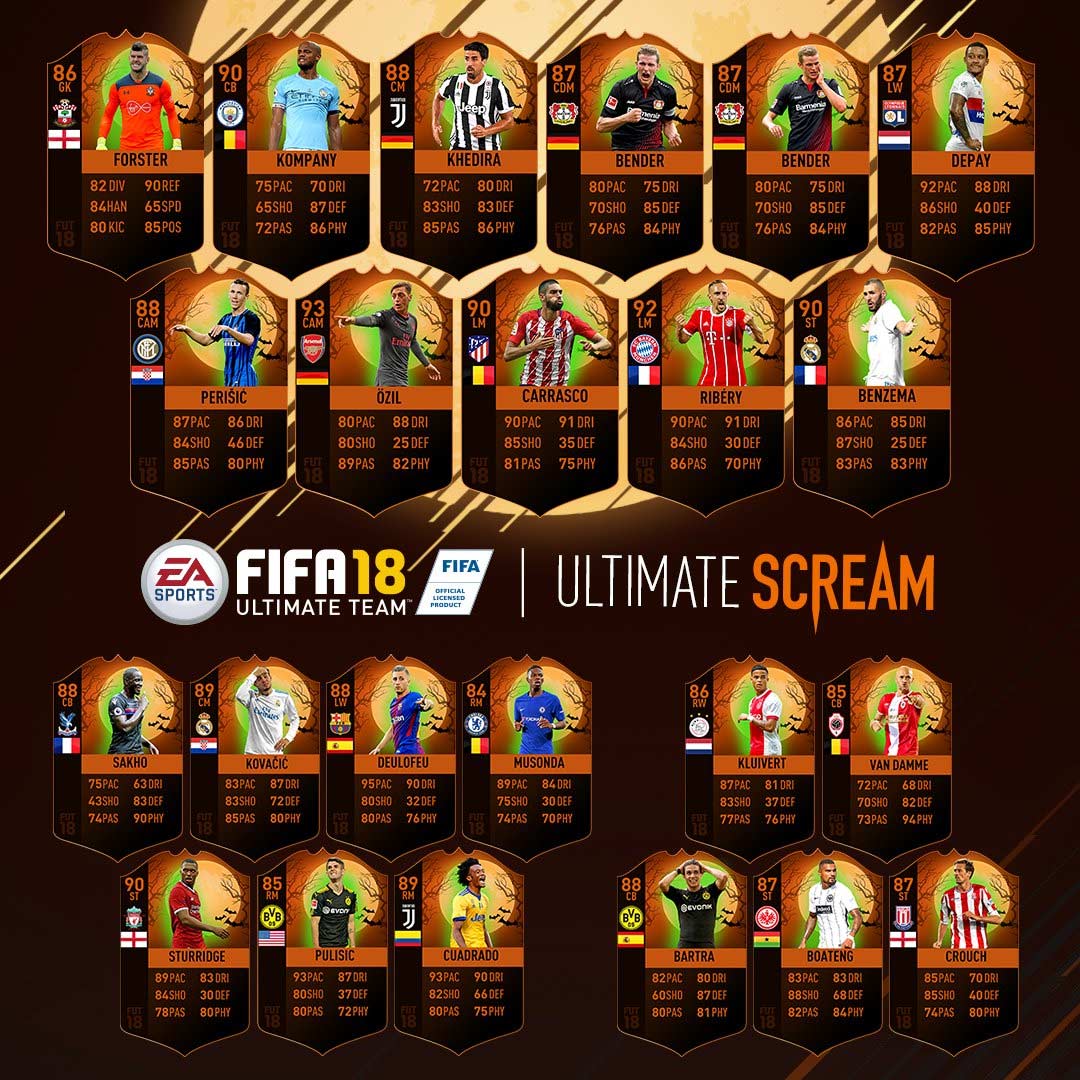 Q: What makes Ultimate Scream items special?
A: Each Ultimate Scream player comes on a unique item shell and an upgraded rating upon release. But it’s during various periods during the season where the additional temporary boost takes them from scary to utterly terrifying.

Q: How does the Temporary Boost work?
A: All 23 Ultimate Scream players will automatically receive terrifying temporary stats boosts at various periods during the season, starting with Halloween (Oct 29 to Nov 1). When the period ends, the item goes back down to its original initially upgraded Ultimate Scream rating, until the next boost period.

Q: Are Ultimate Scream Players tradeable?
A: Yes. You can trade the 23 Ultimate Scream players that you find in packs from the auction house from Oct 20 onwards. When they receive their temporary boosts, you can still trade them but beware, they will return back to their original initial upgraded rating once the boost period ends.

Q: When will Ultimate Scream items get temporary boosts?
A: The first boost period is Halloween, from 10am PDT on Oct 29th until 11am PDT on Nov 1st. Future boost periods will be announced closer to their start time.