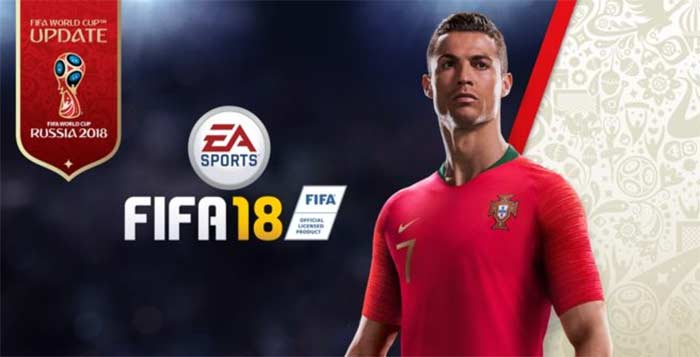 2018 FIFA World Cup Russia update will be available on May 29th as a free DLC for FIFA 18 players on PlayStation 4, Xbox One, Nintendo Switch, and PC. The update will appear as a game title update on May 29th and all above-mentioned platforms and its size is expected to be around 12GB. The FIFA 18 World Cup update patch will add the following game modes to your FIFA 18 game games:

Custom FIFA World Cup Tournament
By playing this game mode you can a set up your custom version of the World Cup with any country in FIFA 18. Select any licensed national team in FIFA 18, including Italy, USA, Netherlands, Chile and more and bring your FIFA World Cup dreams to life by creating your own tournament draw.

FIFA World Cup Kick-Off
Like in FIFA 18 Kick-off mode, you can just jump into an offline match solo or with friends using official teams, players, kits, and authentic stadium atmospheres from the FIFA World Cup.

✔️ All-New ICONS – FIFA World Cup Ultimate Team will feature some of the most iconic players from the tournament’s history.

✔️ Chemistry System – Link your favorite international players; instead of clubs and leagues, nationalities and confederations will be key chemistry components to consider when building and organizing your squad.

✔️ Dynamic Items – Built to match real world performance, these items will update based on the performances of players who stood out on matchday, with upgraded stats, ensuring a fresh and relevant experience for the entire tournament.

✔️ Double Pack Incentive – For every Standard or Premium pack you purchase in FIFA World Cup Ultimate Team, you will receive equivalent pack value in FUT 18. The free 2018 World Cup update for FIFA 18 provides the 12 official stadiums in Russia to your FIFA 18 game. Each stadium will be filled with the sights and sounds of the World Cup, thanks to authentic pitch environments, dressings, national team banners, and high-resolution crowds. Below is the complete list of 2018 FIFA World Cup Russia for FIFA 18: