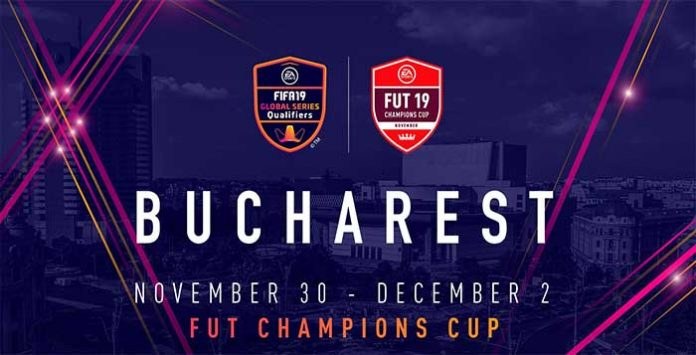 The first FUT Champions Global Series major is almost here! A total of 64 FUT Champions Verified players earned their way to the FUT Champions Cup November presented by PS4 and will face off in Bucharest, Romania from November 30 — December 2.

How to qualify for the FIFA eWorld Cup Grand Final 2019

The players participating in this tournament are the best of the best in FUT 19 as in order to earn a spot in this tournament, the 64 FUT Champions Verified players had to compete against and defeat the top players in the world in an online qualifier tournament back in October. The FUT Champions Cup November presented by PS4 is also the first major FIFA 19 Global Series qualifier event. Competitors will have have their eyes on the 1,500 Global Series Points to be awarded to the winner which will secure them the top spot in the FIFA 19 Global Series Rankings.

Spencer “Spencer FC” Owen and Jimmy Conrad are back to spearhead our broadcast team from Bucharest. Joining them to call all of the action live will be Richard Buckley, Brandon Smith and Joe Miller. The broadcast team will be rounded up by Rachel Stringer, Kyle Walker and FIFA professional competitors Mike LaBelle and Ivan “Boras Legend” Lapanje.

Depending on their placement in the tournament, players will earn Global Series Points which will help them climb the FIFA 19 Global Series Rankings. The top sixteen competitors on each platform’s rankings at the end of the competitive season will earn a spot to the FIFA eWorld Cup 2019.

A total of $200,000 USD in cash prizes will be awarded at the FUT Champions Cup November presented by PS4, including $50,000 USD for the winner.

The full 64-compeitor roster for the tournament proves that this event is the first step on the path to the pinnacle of FIFA 19 competitive gaming and that any eligible player can go from couch to champion. From last year’s FUT Champions Cup Barcelona winner Donovan “F2Tekkz” Hunt to fan favorites like Nicolas “Nicolas99FC” Villalba the Bucharest event is loaded with FIFA 19 stars. Additionally, the winner of the first Licensed Qualifier Event of the year, the Continental Cup presented by Playstation, Joksan Redona will also be competing in Romania’s capital. Joksan lifted the trophy of the Continental Cup during Paris Games Week back in October becoming the first North American competitor to win a EA SPORTS FIFA Global Series non-regional event. Read on for more competitors to hone in on in Bucharest.

The tournament will follow the same Swiss-style format introduced last year, however, for those who are new to it, here’s a quick refresher.

In the first round, there will be 32 players in a single group (per console) matched against another opponent by random draw.
Competitors will play up to five matches (or ten games) against opponents with the same tournament record.
Competitors will not play two matches against the same opponent.
Competitors who earn three match wins will qualify to the Knock-out Stage
Competitors who register three match losses will be immediately eliminated from the tournament
The top 16 competitors per platform will advance to a single elimination knockout stage.
The winner of each console will face each other in a cross-platform final to determine the FUT Champions Cup November winner.