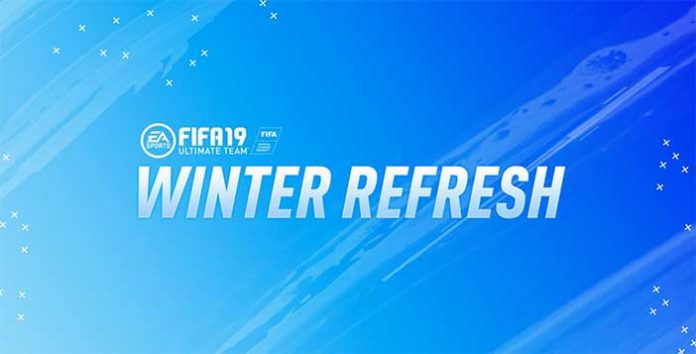 FIFA 19 Winter Refresh is one of the biggest content updates of the entire year in FIFA Ultimate Team 19! New versions of ICONS, new Ones to Watch players, upgraded ratings for over 130 players, new players in League SBC rewards plus repeatable and non-repeatable SBCs, New Player SBCs, Themed Daily and Weekly Objectives and more!

A brand new item that celebrates a special moment in an ICON’s career which propelled them to the top of the footballing world! select ICONS will have a special Prime ICON Moments version released during Winter Refresh, with more select Prime ICON Moments to follow during the course of FUT 19.

The Prime ICON Moment item represents the highest rated version of an ICON in FUT 19 with upgrades inspired by their Prime ICON moment.

Ones to Watch – Winter Edition

The Winter Transfer Window’s top transfers will be released in FUT 19 as dynamic items. The Ones to Watch items will automatically update whenever the player gets a qualifying In-Form item (Team of the Week, Man of the Match, Team of the Tournament, Hero and Record Breaker).

This is the list of OTW Winter Edition items:

From Feb 15 through Feb 24, every League SBC will be updated with the addition of a new player to the Player Pick reward granted for completing the group SBC. The Premier League and the EFL Championship will get the first update on Feb 15, with Manuel Lanzini (PL) and Leroy Fer (EFL) added as rewards. Other leagues will follow throughout Winter Refresh.

Additional new player pick rewards will be added to select League SBCs after Winter Refresh through the course of FUT 19.

Getting upgraded to 5* Skill Moves or Weak Foot is a big deal and as part of Winter Refresh over 500 players have had one or both attributes updated. In addition to this, just over 100 players have been added to FUT, some transferring back from leagues or clubs not available in FIFA and some making their first appearance in the game. Visit the FIFA Forum to see full lists.

During Winter Refresh, you will be able to play through objectives to get unique pack rewards including a Guaranteed Ones To Watch Player (Untradeable), a Prime ICON Moment Player (7-game Loan) and League specific Packs (Untradeable).

All EA Access members will receive 5 of the most popular kits so far in FUT 19. Simply log into FUT during Winter Refresh to claim them.