FIFA 20 Ones to Watch items were introduced in packs in September 27. Find out who were the players who got a very special card.

FIFA 20 Ones to Watch Items

New clubs, new superstars, new season. Add these 23 sensational summer transfers to your FUT squad as special dynamic player items that get a permanent ratings boost throughout the season whenever they perform well for their new clubs.

An incredible summer of movement in the biggest leagues of world football makes the FIFA 20 Ultimate Team Ones To Watch (OTW) event the most anticipated yet. Done deal. The biggest transfers of the summer are ready to make their mark with special dynamic FUT 20 Ones to Watch items that upgrade throughout the season based on their real-world performances for their new clubs.

These are players that completed the highest profile and most promising transfers during the Summer transfer window. Each item’s dynamic ratings will increase based on the players’ real-world performances throughout the season: 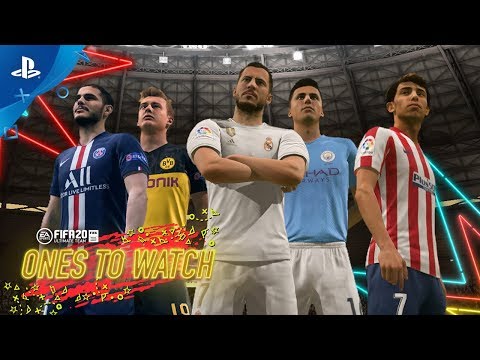 If a OTW player transfers/goes on loan during the season the OTW item keeps the player’s latest in-form until the player receives an IF at their new club. At that point the OTW item will be updated with the player’s new club and latest IF item. If a OTW player transfers/goes on loan to a club not in FUT 20, his OTW player type will remain at the club he was previously at and his OTW item will not receive any further upgrades. The player’s position on his Ones To Watch item type will not change. He will however continue to receive any attribute upgrades from that and future applicable in-forms.