Since 1993, EA Games has been producing the popular FIFA game franchise, allowing football fans to play as their favourite sports stars. The company has licenses for player likenesses and real-life commentators, so you can immerse yourself in the game and feel like you’re really there playing top-level football.

In 2022 the developer is launching FIFA 23, the last in the franchise and a chance for players to enjoy innovative new features and a wide range of ways to satisfy their love of the great game.

Designed with authenticity in mind, FIFA 23 offers a wide range of options. You can play in male and female teams, and there are more than 19,000 players and over 700 teams to choose from. You can also play at over 100 stadiums and in more than 30 leagues, meaning there are plenty of options to choose from when playing FIFA 23.

In this article, we’ll answer your important questions about FIFA 23 and show you how you can start playing today.

When Was FIFA 23 Released?

FIFA 23 launched at 12 pm on Friday the 30th of September, and was greeted with great excitement by games fans. For those who pre-ordered the game, it was possible to get started on the 27th of September, as you could access the game early. If you use EA Play, then you could also play the game early and get a free 10-day trial. The game was hotly anticipated by FIFA game fans and footie lovers alike, and many of us have been waiting since its development was announced.

FIFA 23 is a versatile game that’s available on a wide range of games consoles and online gaming platforms. These include:

The game can be purchased as a physical game or digitally on several platforms and online games stores. You can play against your friends on different platforms using the Cross-Play feature that EA Games has added. So, whatever your gaming preference, you’ll be able to access FIFA 23 and have fun playing with your football fan friends.

FIFA 23 offers a range of new features, including new stadiums, leagues and players. It also allows you to disable the in-game commentary if you want to, which is a hotly anticipated addition to the game. Some of the other features that players can now enjoy with FIFA 23 include:

With enhanced graphics and new features, FIFA 23 is a great addition to any FIFA gamer’s collection. It’s also the perfect solution for anyone who’s new to the game and wants to get into FIFA with this cutting-edge game. 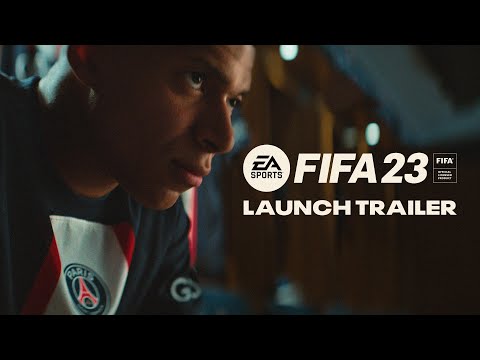 What Else Can You Play Between FIFA 23 Games?

Fans of FIFA 23 will enjoy hours of fun with this versatile game. You can play in the women’s and men’s leagues, which gives you plenty of variation. Still, if you’re searching for an alternative, you could try an older version of FIFA. Alternatively, you could go for something completely different but still related to football. If you want to play games with real money, then check out this list. It features a wide range of games, including sport-related slots and card games, so you can find something you enjoy. Also, you might be able to earn some extra cash to spend on in-game purchases or additional versions of the game on different platforms.

How Do In-Game Purchases Work In FIFA 23?

Speaking of in-game purchases, there are several options you can choose to make the game easier and more fun. You can buy virtual currency in the game using real money by linking to your Microsoft account or a debit or credit card. Your virtual currency can be used to buy players and access new teams faster, meaning that you don’t have to wait long before you can access new features. There are also random boxes you can buy, which give you a mystery item for a set cost. These mystery bundles are a great way to make gameplay fun and get new items to enhance your FIFA-playing experience.

One of the most hotly anticipated game releases of 2022, FIFA 23 is set to be the last game in the long-running franchise. Developer EA games hasn’t ruled out launching other football-manager style games, but FIFA 23 will be the final FIFA game. Fans of the FIFA series will love this unique addition and have fun playing this in conjunction with vintage versions.