As a traditional football fan you’re supposed to oppose everything that takes the game away from its roots. Who wants sushi and merlot at half-time apart from Arsenal fans? We all want a half-cooked pie, warm beer and a shot of Bovril.

The toilets should be full of men in flap cap’s smoking woodbines over by the sink, and anything that threatens to challenge these traditional scenes should be challenged. Say no to a 39th game, reject a World Cup outside Europe and treat Esports with the disdain that it deserves.

If you don’t hold those outdated views then this article is for you, in it we discuss the rise of FIFA as an Esport and see what lies in store for it courtesy of Andy from Flaming Hairdryer.

Is FIFA popular enough to become a major Esports player?
Yes, without doubt. Almost 20 million people play FUT online with plenty more watching streams on YouTube and Twitch. Some of the biggest You Tubers in the UK owe their success to FIFA videos so the appetite is definitely there for it to become a major player in Esports.

What are the possibilities for FIFA?
The FIFA Interactive World Cup is the big draw for gamers right now, and it is expected to be in the future as well. However many clubs in the Premier League have links with a professional FIFA player and plans for an interactive Premier League season amongst these clubs’ players are rumoured to be in the pipeline. 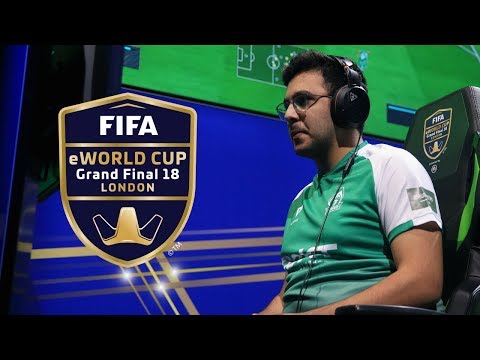 How do I become a pro FIFA player?

1 Challenge yourself
It’s no good playing against your friends and beating those 5-0 every time, your game will just develop into a way to beat your mates and you’ll never improve. Instead play against the computer on the highest difficulty, master that and then take your game online.

2 Put in the time
The best way to get noticed in through the weekend league and you’ll need to put in a lot of time to get noticed there. In this year’s FIFA there are 30 games instead of 40, but that’s still a lot so you’ll need to have the dedication to play at least 30 games a weekend as well as practice during the week.

3 Adapt and learn
Your game plan needs to be open to adaptation just like in real football, you can’t just stick to your tried and tested tactics in every game. If you’re losing a match, try and work out a way to counter your opponent’s tactics.
Also whenever you play against the best players and end up losing, don’t get too disheartened by it. Use it as an opportunity to learn, analyse what you could have done better and see what your opponent did well and if you can get that into your own game.

Summary
FIFA is a behemoth that is growing and growing every year, and with the exposure that it’s gaining on social media and in the Premier League it’s only a matter of time before it becomes a giant in the Esports world.
But don’t worry, you’ve still got time to perfect your FIFA game and make sure you’re involved when it does become a giant.