EA revealed FIFA Mobile during FUT Live at Gamescom 2016. After the brief appearance during the program, a lot of questions began appearing about the game. Here are some of the most common questions (FAQ) about FIFA Mobile and the answers from EA.

Q: When is the game available worldwide?
A: FIFA Mobile launches this Fall.

Q: Is there a soft launch? Which countries get the game first?
A: Yes, FIFA Mobile will have a soft launch in a few weeks. The game will launch first in Canada, Portugal, Romania, Singapore and Sweden.

Q: Will any of my content from FIFA 15 New Season or FIFA 16 Ultimate Team Mobile carry over?
A: As FIFA Mobile is a new experience, none of your content from the previous mobile games will carry over.

Q: Will my phone run the game?
A: EA built FIFA Mobile to run on most mobile devices and the download size is less than 100MB. If your device can run iOS 8, Android 4.1 jb, or Windows 10 Mobile, then you should have no problems downloading and playing the game.

Q: What about chemistry?
A: Squad building in FIFA Mobile has a slightly different take on chemistry. Only certain players boost other players based on Team, League, and Country, and you are never punished for pairing together players with no chemistry. This creates even more exciting team building possibilities and will allow you to build squads that were never possible before.

Q: Why no career mode?
A: Although FIFA Mobile do not have a Career Mode, EA have added a new Season Mode that gives players the ability to play out a Season schedule vs any of the 30+ Leagues in the game. 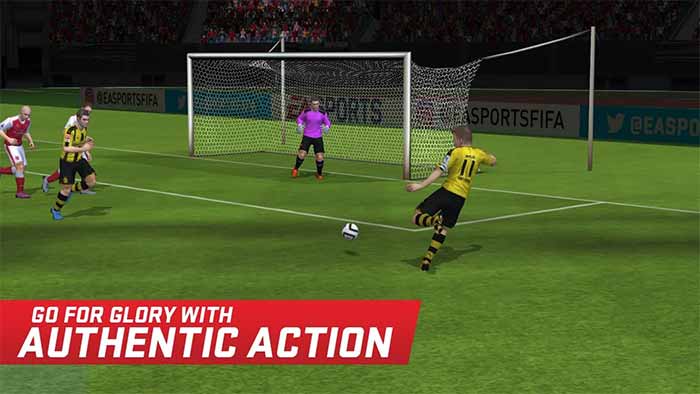 Q: Which kind of controls are there?
A: There are many ways to control the on-pitch action, from Auto Play to Gestures to Classic Controls.

Q: What is Attack Mode?
A: Attack mode is an exciting new game mode in FIFA Mobile. It is an asynchronous mode that pits your team against other user teams in a turn-based match. You take turns trying to score as many goals as possible in each half, with the on-pitch action focused entirely on Attacking. Every goal you score earns you fans, and the more fans you earn, the higher up the ranks you climb.

Q: What are Leagues?
A: Leagues are EA’s social environment. You can form your own league with your mates, or be recruited into an existing league. Once in a league, you can play against each other in friendlies and inter-league tournaments, complete cooperative achievements, gift each other packs, and then ultimately compete as a team vs other Leagues to become the best in the world. This is a great way to play with friends, meet other players and improve your skills.

Q: What are Plans?
A: In FIFA Mobile, every item has value. All items can now go into Plans, which when completed, reward you with various items and trophies. Each plan has its own requirements to complete.

Q: How does Team Building Work?
A: With no Chemistry concerns, the goal in FIFA Mobile is to build the squad you want. EA’ve made it easy by creating a squad building system based on positions. You fill up your squad with 27 players representing every possible position on the pitch. Then, based on the formation and tactic you choose, your squad will use the players best suited for that when you hit the pitch.

Q: How often will EA be updating the game with content?
Q: FIFA Mobile will have regular updates. These will vary, from new in-game challenges to new player items and plans. If something happens in the real world, EA plan to quickly react to that.

Q: How much do packs cost?
A: The price of packs will vary depending on the pack in question. EA will release different packs throughout the season, each with different items.

Q: What happens next August? Will everything I’ve earned from now until they get removed?
A: Right now EA is focus on launching the new FIFA Mobile and still don’t know how it will works.

Q: The graphics look really different in comparison to previous games. Why?
A: EA’s decision to upgrade the gameplay engine last season was not particularly well received by our players. Although the graphics were beautiful, the game did not run on many devices, took up a huge amount of space on player’s devices that did run the game, and suffered performance issues during the on-pitch action.
For all those reasons, EA decided to return to the same gameplay engine that powered our most popular FIFA mobile game ever – the FUT15 engine. They spent all year building on this foundation with AI improvements, adding G4 Star Heads, improving controls and much more. The result is a game engine that loads quickly, runs smoothly on devices as old as the iPhone 4s and Samsung S3, doesn’t abuse your battery, and installs over the air at under 100MB.

Q: Are player ratings the same as on Console?
A: Although they are very similar and based off the same authentic data provided by EA’s internal experts, Player Ratings may differ slightly in FIFA Mobile in comparison to its console cousin, as the mobile game uses slightly different formulas in their calculations. 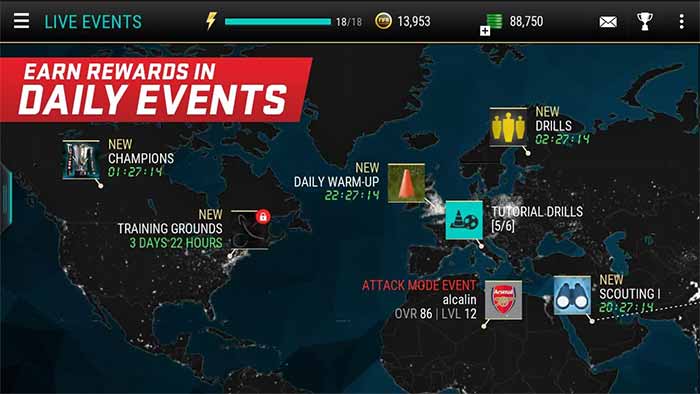 If you still have any question about FIFA Mobile, please ask us in the comments and we will try to find the answer for you.