Whether you’re a FIFA rookie or a football video game aficionado, one thing is for sure: you need to build the strongest Ultimate Team that you can. Spending coins and FIFA points on packs is one way but investing wisely in the transfer market is another method – here are a few of the most talented Premier League players to target before your next online game.

When it comes to FIFA 2018, which many consider the ultimate and most realistic version to be released ever, more and more Sports dedicated TV Channels are starting to include high-ranking matches and tournaments in their menu and the results are clearly visible.

A simple choice. Easily the best goalkeeper in England’s top flight, both on the game and in real life. The Spain international has incredible ratings for reflexes, diving and handling – and his overall value of 90 stands him as one of the elite options at the position. De Gea won’t come cheap though and with an average cost of around 270,000 coins, FIFA players must be committed to either saving up for a prolonged spell of investing finance into their squad.

If you need a right-back or right wing-back, look no further than Kyle Walker. Again, he is one of the most costly Premier League stars at the position but Walker is the ideal option. If you were building a Dream Team, you would almost certainly include the Manchester City star in your squad. Rated 85 overall with 90 pace and 80 defending figures, Walker is a real bargain at around 37,000 coins. Don’t miss out on the England international!

Every Premier League Ultimate Team needs a stud and Eden Hazard can be your main man this year. So often Chelsea’s saviour, Hazard’s inclusion may lift your squad from potential challengers to leading contenders. In real life, Hazard could fire Chelsea to the crown and there’s no reason why he cannot be the pivotal figure for your Ultimate Team too. The Belgium star is a creative genius.

Arguably the Player of the Season so far, Mohamed Salah has been simply sublime since his move to Liverpool back in the summer. On FIFA 18, he is equally as impressive. Scoring goals will be relatively easy with Salah on the ball and his ability to carve open defences with his vision and creativity make him a must-buy. Play him as part of a front three or just behind the strikers, it doesn’t matter – Salah will be key to your Ultimate Team’s success. 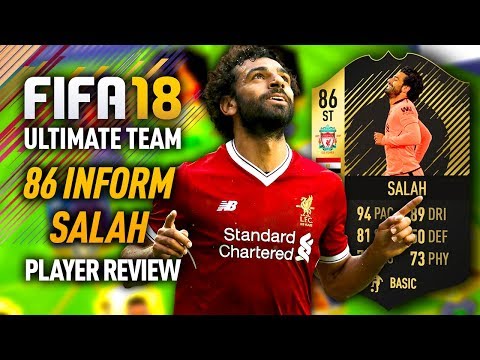 When Arsenal signed Alexandre Lacazette from Lyon earlier this summer, a few football fans were left scratching their heads. It wasn’t the household name that most Gunners wanted but Lacazette has adjusted quickly to the pace of the Premier League and he is the perfect option to lead the line on FIFA 18. Speed, directness and finishing are three traits required to shine as a striker and Lacazette has excellent ratings in these categories. Do not dismiss the Arsenal man – he is a bargain at around 130,000 coins. 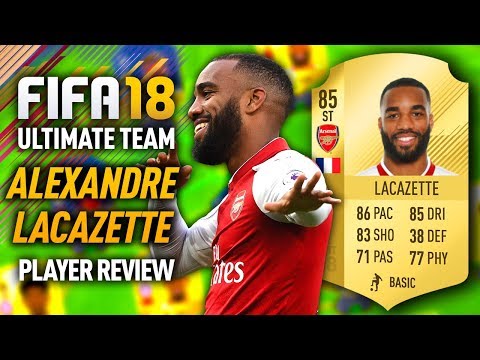