The 20 Finalists for FIWC 2015 Grand Final have been seeded according to their World Ranking and divided into five pots. Check their world ranking and seeding.

The 20 Grand Finalists for the FIFA Interactive World Cup 2015 are eagerly awaiting their trip to Munich for the main event. Join them from 18 to 19 May as they compete in the Grand Final of the world’s largest gaming tournament. We will be streaming the Grand Final match days live on our website.

Players were seeded based on FIFA Interactive World Cup World Ranking, which takes into account matches played during qualification for the current tournament as well as matches played at the past four Grand Finals. 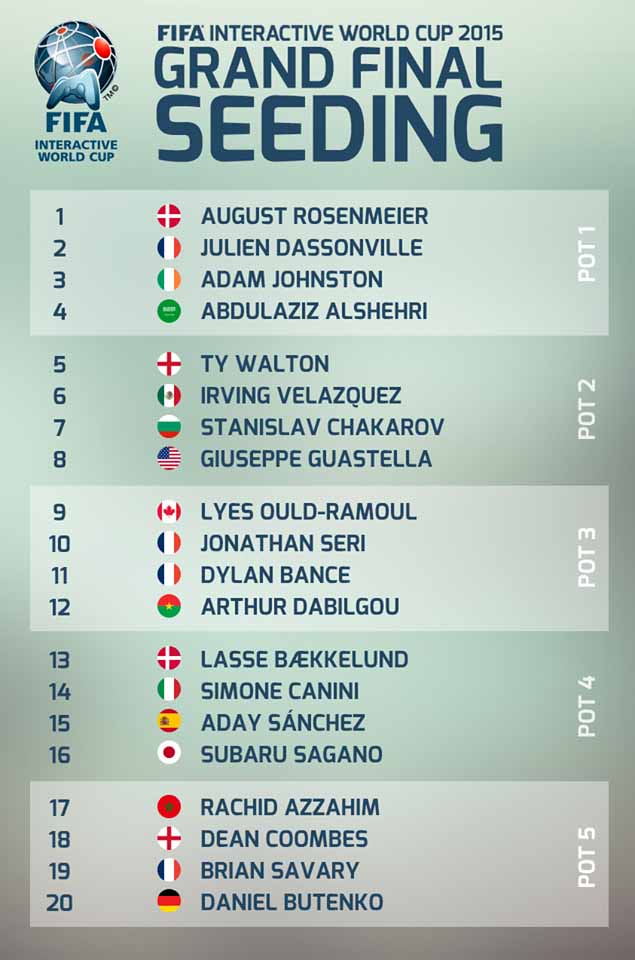 Online Matches points
For each online season of FIWC 2015 a ratio is calculated for every player based on a points system. (3 points for a win and 1 point for a draw). All points are added together and are divided by the number of online matches played in a season. (This creates a ratio value between 0 and 3). This calculation is done for each of the six online seasons. If a player competed in more than one season, their points are calculated separately for each season and then an average is created from all online seasons that they competed in. Only seasons in which a player competed in 10 or more matches are taken into calculation. These Online matches points are added to a players overall World Ranking score.