This year, things have changed. Find out the new FIWC 2016 tournament format.

There are two phases to the FIFA Interactive World Cup 2016: The qualification phase and the Grand Final. At the Grand Final 32 players will battle it out to be crowned the world champion of virtual football.

Qualify on Xbox One or PlayStation®4, the choice is yours! For the first time in the tournament’s history, qualification for the FIFA Interactive World Cup will be available on both the PlayStation and Xbox platforms.

All online qualification matches for FIWC 2016 will take place on the PlayStation®Network (PS4) and on Xbox Live. The qualification tournaments can be accessed through the latest version of EA SPORTS™ FIFA 16 on the Xbox One and PS4. Information on how to register for the online seasons can be found in the How to Play section. 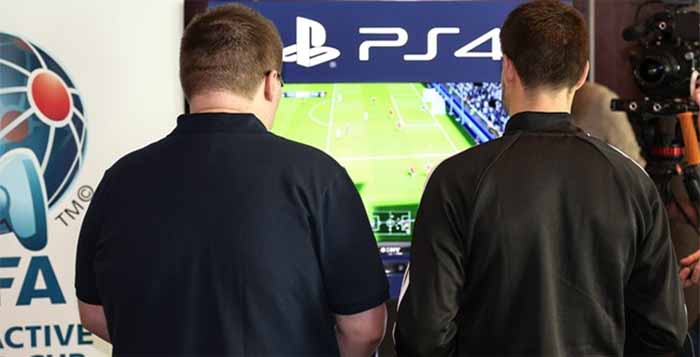 Season duration
Each online season kicks off at 02:00 on the first day of the respective month and finishes at 01:59 on the first day of the next month (All times are based on local time Vancouver, home of EA SPORTS™ FIFA). There will be no break between online seasons. Points will be automatically reset when a new online season kicks off ensuring everyone gets a fresh chance to qualify with every new season. You only have to register once to take part in all three seasons.

90-game maximum per season
Players are only allowed to play a maximum number of 90 matches in a single qualification season. After the 90-match cap has been reached, a player will have to wait until the next qualification season begins to play again in FIWC 2016. In-Game, once a player hits the cap they will still be able to enter the FIWC hub, view their stats and the leaderboard and see how many days are remaining until the next season begins, but players won’t be able to advance to Play Match in order to search for a match.

Tiebreakers
In the event that more than one player finishes in a tied position on the Season Leaderboard, the following tie-breaker criteria will be used to decide the winner: