Ten of Europe’s FIFA elite qualify for the London final. Let’s find out how good the competition was.

In five intense competition days at the European FIWC Regional Final in Munich, ten of Europe’s best EA SPORTS™ FIFA players qualified for the FIWC Grand Final in London come August. After the event in Munich and the FIFA Ultimate Team™ (FUT) Championship in Berlin, 18 Grand Finalists are already set to board their flights to England’s capital. The field of Grand Final participants will be completed by the winners of the FIWC Regional Finals Rest of World and Americas, as well as the FIFA Interactive Club World Cup. In London, the world’s best 32 FIFA players out of more than 6.5 million initial participants will compete for the FIFA Interactive World Cup Champion title. There is so much quality in these players that anyone can win it. Sometimes, we have to take the risk and make a free bet no deposit.

13 German participants tried their luck at the FIWC Regional Final Europe in their home country, among them well-known names such as Cihan ‘S04_Cihan’ Yasarlar and Tim ‘S04_TimLatka’ Schwartmann from German football club Schalke 04 and former FIWC Grand Finalists Benedikt ‘Salz0r’ Saltzer and Kevin ‘AssiaKevin’ Assia. No other nation provided more participants. Although no German football club representative made the cut in Munich, with Mohammed ‘Mo_Aubameyang’ Harkous, Kai ‘Deto’ Wollin and Florian ‘CodyDerFinisher’ Müller, some familiar faces secured their Grand Final seats. They will join their compatriots ‘TheStrxngeR’, ‘Marlut’ and ‘TimoX’ in London. These three already qualified for the Grand Final at the FUT Championship in Berlin in May.

In addition to the German representatives, the British competitive FIFA scene seems to be at the top of their game at live qualification events. Besides Shaun ‘xShellzz’ Springette and Spencer ‘UniladGorilla’ Ealing, who also booked their tickets to London in Berlin, Tassal ‘HashtagTass’ Rushan, Ryan ‘xL_Ryan’ Pessoa and Christopher ‘TheeBullock’ Scott will compete at the FIFA Interactive World Cup Grand Final.

Probably the most astonishing Road to London victory was earned by Andrei ‘Timon’ Gurev. The Russian and Nizhniy Novgorod native travelled over 3000 kilometres from his hometown to Zurich – twice. At the Local Qualifier in the FIFA World Football Museum in Zurich, ‘Timon’ secured his wildcard for the FIWC Regional Final Europe. After winning one of the preliminary live qualification tournaments in the museum, he came back for the final and clinched his spot at the European Regional Final in Munich. Seen as an outsider in Munich, ‘Timon’ paved his way through the tournament, defeated the Swede Simon ‘Zimme’ Nystedt in an intense PlayStation final with 3:2 and ultimately booked his spot at the Grand Final in London. In August, he will have to compete against the 32 best FIFA players in the world. More kilometres under his belt and possibly an even better story to tell.

The FIFA Interactive World Cup, along with its qualifying tournaments on the Road to London, is the largest video game tournament in the world. The virtual football championship is organised by FIFA and its presenting partner EA SPORTS™. The tournament has already enabled over 6 million football fans from all around the world to compete for the title of the best FIFA 17 player. This year’s winner does not only receive $200,000 USD prize money, but also an invitation to the Best FIFA Football Awards and with that the chance to meet the best football players in the world. 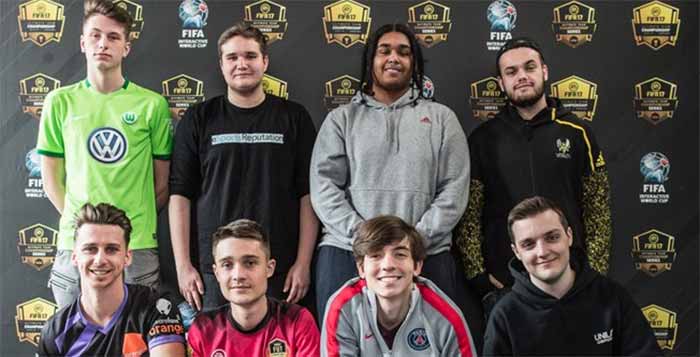